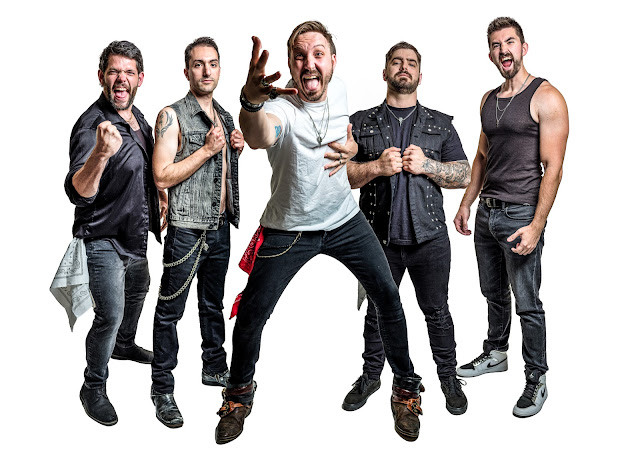 
COSMICK VIEW: Hello! Welcome to The Cosmick View. Thank you for taking some time out of your day to chat with me, it is greatly appreciated.Docta Procta: Likewise!  Thanks for having me and for the opportunity to share my thoughts!

CV: What do you feel sets the band apart from other bands, especially those of similar sound and style? What specific allure does your sound and style have that has people taking notice?

You know, I told the guys this from day one, basically: Brendan and Austin's ability when working together to craft incredibly catchy and memorable melodies is really what has been setting us apart, especially locally/regionally.  The new wave 80's twist that Austin's writing style and Brendan's voice, combined, brings to the band--along with the freedom to step outside the box in the rhythm section--has really helped shape the sound into something familiar yet wholly unique compared to bands in the same wheelhouse.

Brad's frankly brutal riffing style that he's molded into this gnarly modern 80's sound really drives the point home.  Shane and me get to pull the dump truck around and lay that thick foundation, yard after yard, driving it forward.  His bass licks, especially in the new material, add so much texture!  Man, it's refreshing to hear.  I still feel lucky to have landed with such a talented group of degenerates, hahaha!

CV: For any band, dynamics is key to grabbing an audience's attention. What do you feel is the main ingredient to having such a captivating dynamic and being able to bring something more to the music?

DP: I feel that..."feel"...is the main ingredient!  Any half decent guitarist can learn the power chord and chug and strum their way into a crowd's face and grab their attention with solid riffs, but building and releasing tension with more than just a tonal resolution on the fretboard or a half-time groove on the kit towards a real emotional reward for the listener is all about how you "feel" music…in sound and touch.

CV: How would you describe the ultimate musical experience for your fans? And how does the band go about creating that musical vision, while generating the impact the band wants to have on its audience?

DP: In terms of the fan experience as it relates to experiencing our music firsthand, it has got to be described as that partyin', good-time-havin', Rock N Roll vibe!  Then "Stay" comes in for a brief, heart-felt reprieve with a beautiful melody and some bittersweet release.  I kid...but not really.

So far, taking ourselves seriously and respecting the fans (old, new, and future) has really been the foundation on which our vision is built.  We just have to deliver.  People want something catchy to listen to; they want to have a good time, hear a chorus melody that uplifts them in some way, pour their heart out along to a ballad!  Everything about Pop music these days seems to be negative and it's just pushed so hard.  Of course it is...it's easy to consume, formulaic (hence easy to reproduce), and heavily guarded.  Like the OG Carlin used to say, "It's a big club, and you ain't in it."  Yeah...I get that we aren't competing with Billie Eilish, but it's no secret that many people are of the opinion that rock is dead.  Well, it ain't…and we are here to prove it!

The impact we want to have is best generated by just getting out there and delivering the damn product we are promising.  Rock AND Metal can be great again.  3-5 guys on a stage fulfilling--from scratch, in the moment--the promise they made to you as a fan...there's just nothing else like it.

I'm not saying there aren't others out there like us so don't worry, guys.  You can come along for the Ride.  It's gonna be Wild.

CV: The music business has always been one that regardless of who you are, where you came from or where you've been, you can either sink or swim.  Does this type of realism have any effect on how the band drives itself to succeed?

DP: Not at all.  We all love being musicians and we all love creating music.  As long as the Love is spreading, we'll always be gettin’ Wicked.

CV: In your opinion, is there any middle ground for a band or is it a do or die climate in today's music industry?

DP: There is a middle ground, I think.  I'll let you know for sure when my band is barely packing out a small music hall at the same time I qualify for social security.  However, having a meaningful and lasting impact is everyone's dream.  In my mind, that last part is definitely do or die.  Isn't every up and coming musician terrified of becoming the next one hit wonder?  Maybe that's an irrational fear, I don't know.  Then again, I *would* only have to be concerned about nailing one song per night.  So...never mind!  I'm down!

CV: How would you describe the band's internal energy? Does the band’s outward appearance align with its true inward nature from your perspective?

DP: Duh.  Hang around any of the guys for any period of time and you'll immediately understand that what you see on stage or in the crowd after a set just...makes sense!  I'm going to take "internal energy" to mean our bond as a band; communication, commitment, conflict resolution, all that ooey-gooey bucket juice.  It's real and it’s perfect.

What?  That's not what you meant?! 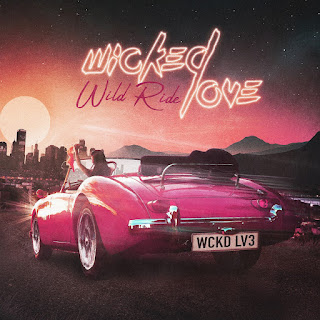 CV: What's at the core of the band's songwriting approach? Are there certain elements that are considered when a song begins to take form and evolves? DP: Melody.  Always melody.  Everything else in a song--in this giant dome my dad gave me--exists solely to get the listener to that emotional payoff that the chorus melody provides, whatever that emotion may be.  That means it has to fit together.  The pieces need to match and if things change, the change needs to occur as naturally as possible.  It needs to make sense, so that would be another crucial aspect of our songwriting approach: not having a patchwork product.

Dynamics are also a huge consideration.  A lot of times when songs start to form out of riffs or certain grooves, you might be too caught up in how tasty what you're playing sounds to step back and see the bigger picture.  You can easily find that the dopamine hit from creating something "cool sounding" quickly runs stale when you realize it doesn't lead anywhere except to the end of the measure, or another abrupt change to that next “cool” thing.  That can also lead to a lot of wasted time and effort, which can really dampen my motivation, personally.

Songwriting should always be about building towards a climax and structuring the song in a way that allows for a flow that just instinctively makes sense.

CV: Do you allow things to just happen when writing; seeing where a song goes, or is there a certain course of action and structure you keep a song on, thus, essentially making it destined to achieve its overall potential?

DP: For me, the creative process is rarely so spontaneous AND awesome at the same time.  I much prefer starting with an idea and actually stopping myself to think about how and why it would make sense to escalate or deescalate tension, to pause, to change key, to change time signatures; whatever it may be.  Now, don't get me wrong: I do find from time to time that just playing, and playing…and playing…into something spontaneously different yields killer results.  It just happens to be a rarity for me.  Brendan (and Austin...and Brad...hell, Shane too) probably won't agree, but they seem to be able to flow into new and interesting ideas a lot quicker than me.

I don't know...maybe I just suck at drumming?

DP: Oh, come on!  Absolutely!  RoadieMusic.com said: "Just get in the car, head towards dusk, with these tones, at their maximum power, straight and without pausing, to the city of lights that awaits you with incredible possibilities and maybe, loves to live… one thing is for sure, there will be many stories to count on returning, so experience this acceleration yourself too."

CV: Walk us through a typical show for the band...what can fans who have never seen you perform expect?

DP: A lot of mingling beforehand.  We love talking to everyone we can, engaging at the merch booth, crackin' jokes and checking out the other acts.  When we go on the mood always changes; it's awesome.  All of us are doing everything we can to bring a real Rock show (not saying real Rock shows don't exist, before anyone wants to call HR) to our fans.  Brendan is as charming on stage as he is off stage, just a natural front man.  Once the official introduction is out of the way, however, we hit the crowd with a catchy groove before building to the title track of the EP, which has been our first song in the set so far: "Wild Ride".  It's awesome, man!  It's super energetic, it's nostalgic, it's different but feels so familiar, and it's all killer no filler!  The crowd always responds immediately and we're off to the races.

If you're a fan and you haven't seen us yet...what are you waiting for?  This ain't a book club!  We don't read short stories about concerts! You gotta come out and see for yourself!

CV: What more can fans look forward to seeing coming from the band?

DP: ...big things coming!  I hope someone appreciates that humor.  Anyway, there’s plenty happening behind the scenes as far as promotion and production go.  Just stick around.  You’ll find out!

CV: Thank you again for spending some time talking and sharing with our readers. I wish you all the best and continued success.

DP: Oh, no!  The pleasure was all on this side, I can assure you!  Those questions were fantastic.  Thanks again for having me, Cosmick View!

Check out Wicked Love at: