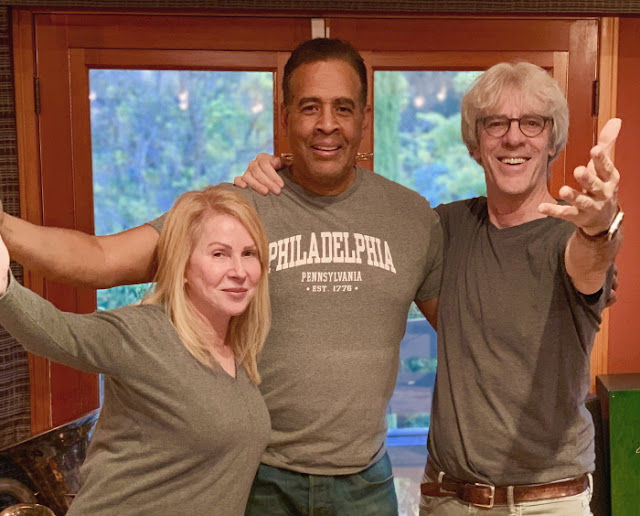 
Cosmick View: Hello, Deborah! Welcome to The Cosmick View. Thanks for taking some time out of your day to speak with us. It's greatly appreciated. Deborah Holland: Thanks for asking me!

CV: What is it like coming back to a project, almost 35 years later, with the release of Animal Logic's new singles, "Can You Tell Me" and "Ordinary?" Is it like no time has passed for you or is this type of project reunion more akin to coming back home after a long journey afar?
DH: It feels the same as when you get together with an old friend you haven’t seen in many years and you fall right back into conversation as though no time had passed at all.

CV: Do you think fans of the band will feel the music picks up right where you left it following the release of the group's second album," Animal Logic II?"
DH: I think fans of both albums will feel like it picks up where we left off.

CV: What's different for you, as an artist, this time around?
DH: I’m a lot older! :) I’m more confident and IMHO, I’m a much better lyricist.

CV: Some artists continue to write in the hopes of finding another hit, others just keep the passion going regardless of the outcome. Is Animal Logic's reunion a way of recapturing some former glory or is it moreso a feeling of coming full circle and finishing what you started?
DH: We never really had a “hit” in that sense so there’s not a whole lot of “glory” to recapture. Ironically “(There’s a) Spy in the House of Love”…the song that got me in to Animal Logic in the first place, was written at a time in my life where I had given up the idea of “making it” and decided to start writing songs just for myself. And that’s all I’ve ever done since. 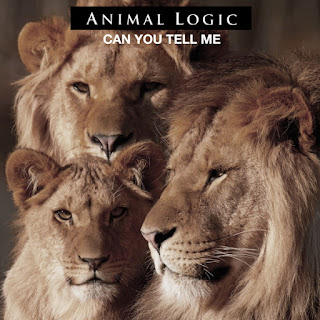 CV: Barring the impact and effects of the COVID-19 pandemic on the world as a whole, did you find any of the last three years as an unexpected recharge for you as an artist?
DH: I can’t say it had any specific relationship to my creativity. Not that I’m aware of anyway. If anything, it got in the way of the band recording more songs together.

CV: Music has a way of expressing things that words sometimes seem to fail at. What do you believe Animal Logic's music is saying to the world?
DH: I think AL’s music is really a combination of the songs and the playing, so it’s hard to speculate the two. Live performance is another thing and the electricity between Stewart and Stanley definitely added another dimension.

CV: Do you feel that in today's music world, an artist can freely cross genres without the fear of being labeled a "sell out" or even risk losing their core fan audience?
DH: I think it depends on the artist. There have been some great examples in the history of popular music that have worked…Dylan’s Nashville Skyline, lots of Elvis Costello, Graceland etc., and many others that didn’t. Sometimes they cause confusion to fans but I can’t think of an example where it would be a sell-out. AL, and my own solo albums, actually cross genres on each individual record which has been…especially for me personally, a disadvantage for marketing purposed since they often don’t fall into one specific category.

CV: In your opinion, can an artist be both musically mainstream friendly but yet be sonically unique and diverse? Is it possible or is it one or the other in terms of having the biggest impact on a listening audience?
DH: I guess that depends on the definition of “mainstream.” If you look at Top 40 then typically no, but if you look at bands that do well and have a good following and are able to make a living from their music then yes. 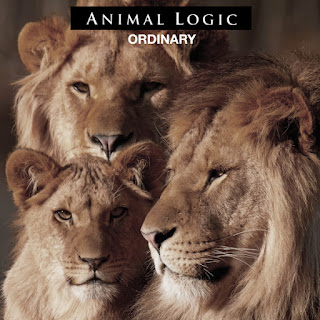 CV: Many critics seem to feel music overall is just not evolving, that it's only repeating itself in a less than flattering way and that the current music trends only work to maintain a level that appeases to the lowest common denominator? Is such a sentiment even remotely true from your experience?
DH: I can’t see how music would evolve. Maybe I lack the imagination! Again, mainstream music often caters to the lowest common denominator but there are always exceptions…though none that I can think of recently! I was blown away that Norah Jones was able to have a hit but that was already a long time ago.

CV: What more can fans expect to see coming from you and with Animal Logics as the 2023 begins to get closer?
DH: A lot will depend on the reception of the two songs. I’m going to be spending more time in LA and I have had the idea of instead of bringing already written songs to the SC’s that get arranged, I come in with lyrics only and we write the songs from scratch. Of course that’s a wish of mine! The two of them have insanely busy lives and commitments way into the future. I continue to release solo work and also have a trio called The Refugees with Wendy Waldman and Cidny Bullens. It’s a folk-Americana group and we continue to record and tour. In that band I get to sing 3-part harmony which I love and don’t get to do in any other situation.

CV: Thanks again Deborah taking the time to share with our readers. We wish you all the best and continued success.