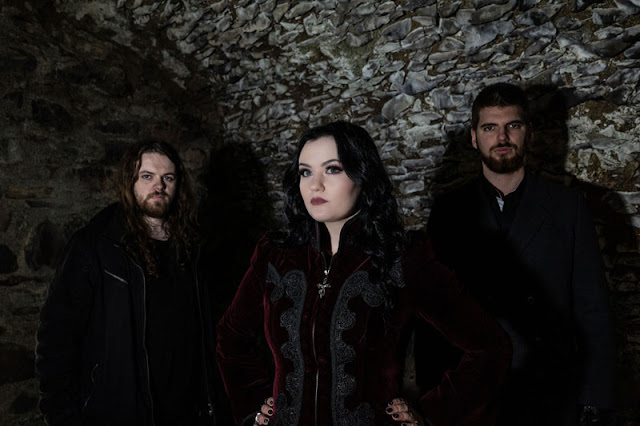 
COSMICK VIEW: Hello, John! Welcome to The Cosmick View. Thank you for taking some time out of your day to chat with me, it's greatly appreciated.

CV: Do you feel Heavy Metal music in general is viewed differently by fans in Europe compared to fans elsewhere, especially in America, and if so why?

John Connor: There definitely seems to be a more mainstream appreciation of Metal in Mainland Europe…the UK would be quite similar to America in that it generally would get airplay on specialist radio, and whenever a metal band manages to break into mainstream radio, it can feel like a bit of a novelty.

I’m not sure why that is the case, but it feels like it's a shift at a cultural level. From the outside it always feels like things in America always want to be bigger, which doesn’t always mix with more niche communities.

CV: What do you feel makes Heavy Metal music so alluring to the fans? What is it about the music that personally resonates so strongly with you?
JC: I think metal can be a really appealing genre because it’s so diverse, open and honest. It feels like artists can express themselves in a way without judgment and speak their minds without adding airs and exaggerations about themselves, or on the other hand, they might just write music about having a good time. I think the diversity of listening to an album that can go from extremes of being very heavy to soft and emotional is very unique to the genre and that resonates with me. CV: Has Metal splintered into too many sub-genres in your opinion, thus, making it harder for newer bands to actually classify themselves as one style over another?  Is it confusing for fans as well?
JC: I can’t say I think there can ever be too many sub-genres, but I think listeners and bands should just accept there is more range within those sub genres. More bands are jumping between genres now, so the lines will always be increasingly blurry, so when people are discussing, is it death metal or is it black metal, is it symphonic metal or is it power metal. I don’t think outside arbitrary labels for marketing that it should matter too much.

CV: How would you describe the current state of the music business considering we are now living in a COVID aware, and maybe even feared world? Have things drastically changed long-term for artists and bands given the recent pandemic? What are your thoughts?
JC: COVID definitely was a wakeup call for artists everywhere, the industry was obviously disrupted at all levels, from full time bands losing tours and incomes, and then the knock on effect from that at a local level is all the delayed shows ended up filling local venues with well known touring acts. I think the knock on effects from COVID will still be affecting bands for a while, tours are going to be canceled due to cost of living increases and I think every artist is still afraid of the dreaded positive test that might cancel a show.

CV: What do you feel makes your band and its particular approach to songwriting work? What keeps the band together and making music?
JC: I think we have a strong collaboration in writing, I tend to write the outline and the structure of the songs, then everybody comes in and makes their parts their own. We have a wide range of influences outside our genre which tend to shine through which adds its own spin, but we have also realized that we can generally write whatever we want to and in the end, make it sound like a Ravenlight song so there is a lot of freedom in our writing which helps us avoid burnout. With our upcoming album “Immemorial,” we just kept in mind “What would be fun to play live?” which helps us keep motivated until the next album cycle.

CV: On a more global view, how do you see your band’s music and songwriting separating itself from just being another Heavy Metal act?
JC: I think our approach to songwriting and albums as a whole helps us stand out…we try to avoid writing an album featuring 10 songs in the same style and instead we try to push it in multiple different directions, to us, the end result is key. We can mix simple songs and arrangements with long winding more progressive songs, but the end result always feels like Ravenlight.

CV: Can an artist truly be unique? Some would argue there is no such thing as being unique; that it’s nothing more than a compounding of influences making an artist who or what they are. Would this then say that artists today are destined to be just copies of those who have already come to pass?
JC: I think every once in a while an artist comes along and it feels like they are truly unique, but I’m sure if they were asked, they would be able to clearly cite their influences. I think a huge example of this outside of metal is the musical Hamilton, when a rap musical hit Broadway, everyone within the world of music theater were blown away by this “unique” musical…while Lin Manual Miranda is happy to explain exactly where each influence came from. I think the distinction between copying and creating something unique, how you use the influences and make them your own, but the old adage is true, everything is a remix.

CV: Are there life lessons to learn being in a Heavy Metal band that you feel cannot be taught elsewhere? If so, what are they?
JC: I don’t think there is anything in specific solely unique to being in a metal band, but I think everyone in a grassroots metal band knows the feeling of traveling for hours and having the rush of a great show alongside a group of artists also doing it for the music, just to have the crash back to reality the next day. 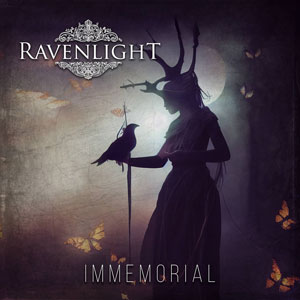 CV: What do you feel makes someone a “rock star”? Does being a rock star automatically make one iconic or are the two completely different in your opinion?
JC: I think the notion of a Rock Star is getting increasingly outdated, back in the day, there would be artists who kicked off, got huge record deals and became larger than life figures, but that level of extremes doesn’t seem to exist anymore, especially in the world of metal.

CV: What's next for you? What can fans expect to see coming as the world looks to surmount a new normal laced with a load of restrictions?
JC: Our new album ‘Immemorial’ is being released on January 27th through Distortion Project Records and Code 7 distribution, and then we will be hitting the road for some shows across the UK to promote the release!

CV: Thank you again John for spending some time talking and sharing with our readers. It was a pleasure. I wish you all the best and continued success.