COSMICK VIEW: Hello, Christian! Welcome to The Cosmick View. Thank you for taking some time out of your day to chat with me, it's greatly appreciated.
Christian Giesler: Hello Mick! Thanks for having me.

CV: How does recording a new album independently, without the backing of a label, differ from your previous projects? Do you feel there’s more freedom that is otherwise non-existent when working with record companies and other exec types? Do too many cooks spoil the soup in your opinion?
CG: Yes, it is of course much easier if only the many people, who also make the music, can work in peace without a record company trying to put pressure on.

CV: Does Punk Rock, as opposed to your former band's style of music, offer you the chance to spread your musical wings and experiment with new ideas or is being in Punk band something you always wanted to do?
CG: Since I've always listened to Punk and other music, it doesn't make a big difference to me whether I play Punk now or Metal…music should always be fun first.

CV: Christian, putting together a new band, super group or otherwise, in the current world climate is a big leap of faith.  Do you see any limitations at the moment, aside from the performance restrictions, that could hinder success or is the feeling like "there's no time like the present," so why wait?
CG: I think it doesn't matter when you make new music, it goes around if the band likes it and maybe the fans don't care when you bring out a CD or LP. 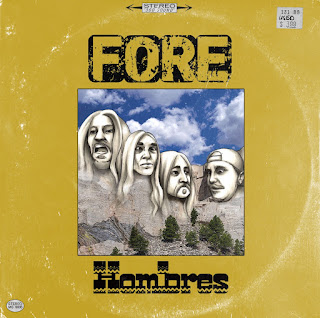 CV: Fore’s debut album, "Hombres," has released worldwide in digital format and is available on CD directly through the band. What do you expect fan reaction to be after hearing the album? Will they be surprised?
CG: I think they will be very surprised because everyone will think this will surely be Thrash Metal.

CV: What does having such a diverse and experienced group of musicians offer to Fore's songwriting pallet? Does it up the game when song ideas are brought to the table for consideration?
CG: Yes, each of us comes with his own ideas…every song is only finished when everyone has used their own ideas! In other bands, it's different…even if everyone has brought in their ideas, one of them says it's his song’s all alone.

CV: Does it benefit an artist to be versatile both in styles and instrumentation when it comes to songwriting in your opinion?
CG: Of course, it helps a lot if you have an open mind for music of all kinds.

CV: Christian, if you had to pick one track from "Hombres" that best represents the essence of Fore, which track would it be and why?
CG: Oh, at least at the moment I don't have a song…if there was a song that I would say I don't like or I like better, we should have made the song better before.

CV: Fore also recently released a cover of "Open Door" from Pennywise. This track was completed during the album’s recording sessions. Was the song intended to be left off the album specifically to be a standalone release or did the band feel it did not fit with the rest of the track listing?
CG: That was never a question that the song or another cover version should be on our CD. Cover versions are simply a thank you to the band that wrote it. 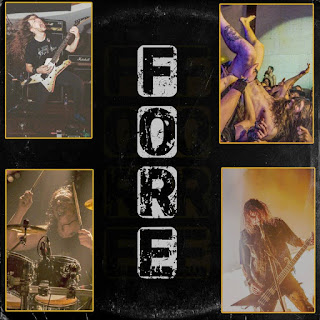 CV: Where do you see the music industry going following the COVID-19 pandemic? Some fear it may only get worse. What are your thoughts?
CG: I think after all this COVID shit, when there will be a show again, the shows will be overcrowded because the fans haven't died out and they have stayed loyal to the bands the whole time.

CV: What's next for the band now following the album's release? What can fans expect to see coming from Fore in the remainder of 2020 and beyond?
CG: There will be an LP edition in December, but we can't tell you more at the moment.


CV: Thank you again Christian for spending some time talking and sharing with our readers. I wish you all the best and continued success.
CG: The band and I thank you for your support.
Check out Fore at:
Bandcamp: www.forepunk.bandcamp.com