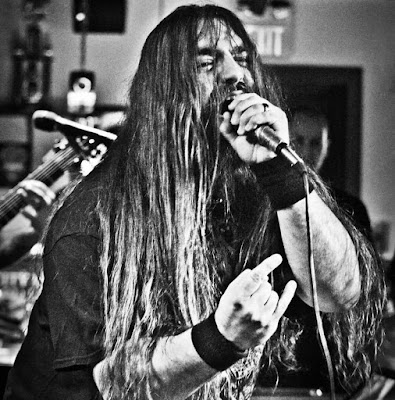 COSMICK VIEW: Hello, Chris! Welcome to The Cosmick View. Thank you for taking some time out of your day to chat with me, it's greatly appreciated.
Chris Natalini: Hey Mick, thank you for asking me. I appreciate that.
CV: How does the band balance it's variety of Metal styles and influences into one cohesive collection of music to achieve the Seeds of Perdition sound? Is it a challenge to maintain a balance or are there times when one style seems to dominate more than another when it comes to songwriting?
CN: That is a great question. I honestly don’t think it’s really a thought when coming up with riffs. Although I am not a guitar player but, I have been a part of some writing sessions and from what I have seen and been a part of, a riff just starts and is built from there. We have had a few conversations about needing a fast death metal style or a groove song but, for the most part it’s what George or Dan is feeling at the time.
CV: Metal around the world is populated with legion and legions of fans. Why do you think Metal music is so alluring? Is it more than just a musical taste…is it a way of living in your opinion?
CN: I think it gives fans a sense of belonging to something. There isn’t anything better than being with friends or meeting new people and talking about your favorite bands. Metal to me is a way of life…once a metal head you are always a metal head. No other music does that. Age never plays a role in metal. With pop or other styles of music I believe people grow out of it or lose sight of it. With metal, once it’s in your blood it is there till the end. And that’s a worldwide life style. 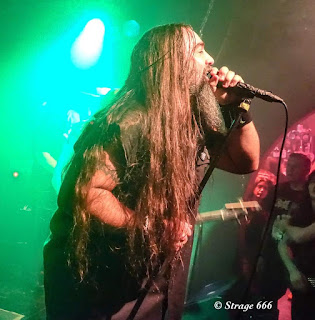 CV: Do you feel Metal has splintered into too many sub-genres or is this more of a testament to the music's power and worldwide reach as it continues to spread and evolve? Do you believe the Metal community is one big happy family or are there levels of separation that actually exist because of the multitude of the genre’s specific facets?
CN: Metal can be splintered into too many genres but with that being said it is or can be an important role. If you like a band and that band is let’s say “black/death” metal with that label or genre it can lead you to find other bands that resemble that label/genre. In that way I think it is ok to have genres.
There is a slight separation in the community because of those genre labels…but for the most part though I do think that we are a big happy family. You will always have your elitists and the fans who only like one type of metal and that’s ok because we can always come together over metal someway.
CV: Do you find that with all these specific and varied classifications within the Metal genre, it’s often difficult for a band to accurately define or describe their style without being lumped in, stereotyped, pigeonholed or even overlooked...especially considering the diverse range of both the artist and the fan?
CN: I think the real issue is when it comes to bands is there are so many out there. So many bands per genre…the hardest thing is trying to stand out. You will be put in a genre no matter what and it may not be what you think it is. People will all hear different things that remind them of another band. Your band may have a riff that reminds somebody of another style band other then what you labeled yourself as. That happens a lot. 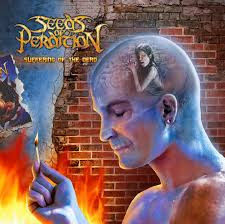 CV: Seeds of Perdition's new album, "Suffering of the Dead," is scheduled to release in the coming months.  What can you tell us about the album? What can fans expect…any surprises?
CN: Yes we are really stoked about this one. I loved our last release “Incarnation” but this one I am really stoked about. As far as surprises…the only thing that comes to my mind is the return of Dan Loughry and Steve Raimer. Dan has lead vocals on one song and it’s so good to hear his voice again. When I first got with Seeds, Dan and my vocals were a lot of the time almost 50/50 and even though we have cut that down significantly It’s good to have him back and hear him belt out a song by himself. And as far as what to expect…just the same Seeds kinda metal. LOL
CV: The album’s first single, "Sins of Thy Father," has already been made available through the Seeds of Perdition Bandcamp page. Does the album, as a whole, follow a specific lyrical theme or musical continuity that pulls it all together?
CN: There is a lot of death content on the new record. I think more than before. It certainly was not done on purpose with a concept in mind, it just kind of came out that way. I can say the lyrics that I have written on this record definitely have a concept but, not one that ties the record together. Every song stands on its own with its own life.
CV: Many artists and bands took 2020 as a way to focus on new content, while others, unfortunately, shut down completely. Did you find the COVID pandemic a sort of blessing or a curse when it came to the writing, recording and completion of “Suffering of the Dead?” Were any delays experienced?
CN: Not at all because for us it became a blessing. We had been playing these songs for a while with only talk of eventually heading into a studio and locking them down. My lyrics were always changing…music would sometimes change. Then when the lockdown happened it was the perfect time to get it together since we were not planning on shows and rehearsing sets, etc. I think we may have only been in the lockdown a few weeks when we went in Rhawn Studios in Philly and starting the recording. It woke us up to start moving forward again. 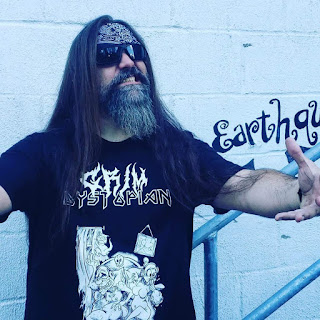 CV: How does the band plan to promote the new album given the many restrictions still in effect for bands to perform live? Are alternative methods being considered in lieu of the inability to properly tour?
CN: ANY WAY WE CAN. We have been playing shows anywhere and everywhere we can. We did a LIVE feed from our Facebook page that was really successful. We are really just going to do anything and everything we can to get the new album heard.
CV: Do you feel Heavy Metal music has allowed itself the opportunity to fully cross over into mainstream awareness, or do you feel that the genre has intentionally positioned itself to still be viewed and considered “not for the faint of heart?”What's your opinion?
CN: I think it’s both. I think there are portions of metal that is or can be considered mainstream and there are portions that are not for the faint of heart. Metal has the ability to be able to do both at the same time.
Like I said earlier, Metal is a lifestyle, and honestly, that is its position. It’s not a passing thing or a moment.

CV: In addition to the new album, what's can fans expect to see coming from Seeds of Perdition in 2021?
CN: Hopefully you will be able to see us...LOL, and there are grumblings of a video…we shall see.
CV: Thank you again Chris for spending some time talking and sharing with our readers. It was a pleasure. I wish you all the best and continued success.
CN: Thank you so much Mick.
Check out Seeds of Perdition at:
Official: www.seedsofperdition.com
Bandcamp: https://seedsofperdition.bandcamp.com/