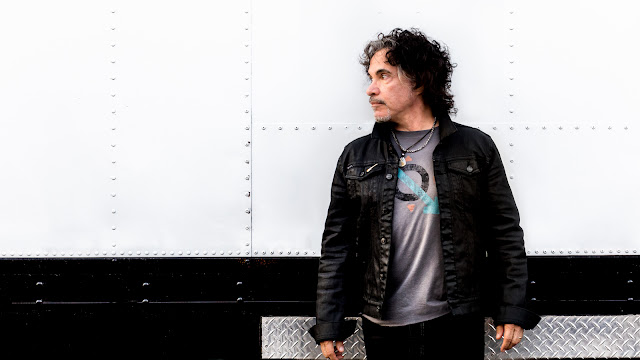 COSMICK VIEW: Hello, John! Welcome to The Cosmick View. Thank you for taking some time out of your day to chat with me, it's greatly appreciated.
CV: This past year was challenging for us all…so many were not spared a hardship and some, unfortunately, moreso than others. Yet even with all the challenges that were faced, numerous heroes had risen above the turmoil, setting examples and leading the way for others to follow. Selfless acts of love and compassion have given many of us hope. Do you think heroes are born or are they made given happenstance as a situation presents itself? How would you define a hero in your opinion?
John Oates: I believe first we must define “hero “…as they come in many forms: individuals both singularly and collectively i.e., a network of health care workers is certainly heroic as is the brave individuals who may risk their lives to help or save another. History is filled with stories of family dogs that have performed heroic acts…so our heroes come in many forms but the commonality is found in their actions, the heroic act that defines them all. We all have the potential to be heroic and each of us has a threshold of circumstance that might energize or motivate our actions.
CV: Do you feel given the over accessibility and ease of social interaction online in these modern times, has actually distanced people even more, thus causing a disconnect to the awareness of many of the problems that exist in their own backyards? Has having such accessibility online to constantly have something occupy our attention affected people's concern with facing our world issues?
JO: Our ability to interact virtually with the rest of the world can bring us both closer together and at the same time promote a sense of disconnection that only true human relationships can provide. The internet is a powerful tool and as such can be used to build or tear down. During this pandemic I’ve been able to monitor the constantly shifting health care situations around the world and its global nature has in a way made me feel more a part of the international community. 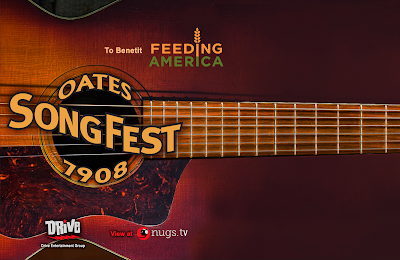 CV: Do you believe a virtual music initiative, such as Oates SongFest 7908, which is set around hunger, an ever-increasing cause in the United States, can create a large enough of an impact to make a difference and generate further awareness compared to previous in person events of the past, such as Live Aid or Farm Aid once did? Besides the obvious differences between virtual and live, in person performances, what do you consider to be the virtual mediums greatest asset when it comes to how events are received by the fans and expected audience?
JO: I can only hope that our Oates Song Fest 7908 can generate a substantial amount of donations to help FeedingAmerica.org. At the very least shine a brighter light on the ever-increasing food insecurity in our country. The virtual medium biggest asset is its reach and the fact that we are offering a show that can be streamed for free with artists of such a high caliber, makes it unique and hopefully attractive to many music fans. In today’s world with very little live music, we have put together a show that is cross generational, diverse and if I may say...star studded!
CV: John, what initially prompted you to lead this virtual charge for FeedingAmerica.org?
JO: As the pandemic began to extend into the summer of 2020, I started to accept the reality that we would all be in this for the long haul but at the same time I was trying to remain optimistic about the possibility of returning to live performances. About 10 years ago we had produced a singer/songwriter show called 7908 Aspen Songwriter Festival ( 7908 ft. being the altitude of Aspen ). It was a wonderful experience for me to produce as well as perform with so many gifted artists who have since become very good friends. When my wife and I were visiting Aspen over the summer we were approached about the possibility of reviving the show sometime in the spring of 2021. I was excited about that and we began planning but soon realized that COVID-19 was going to prevent us from having a live audience. It was in October that we came up with the idea of pivoting to a virtual performance. At the same time both Aimee and I felt that we wanted to do something more to help and began to explore various charitable organizations who we might partner with. When we became more aware of the growing joblessness and ensuing food shortage my reaction was “in a country like ours no one should have to go without being able to feed their family “. It was then that we discovered FeedingAmerica.org and reached out to them. 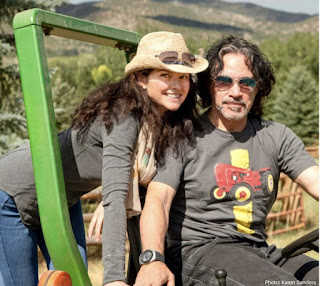 CV: Many celebrities lend their name to a number of social and political causes. Do you feel celebrities should be responsible to use their influence to call attention to causes and platforms that may require a more public figure push? Can such a popular presence to a specific cause also be considered as a biased representative or is that how it's meant to be viewed to rally a level of support from particular audiences?
JO: That’s a very pertinent and interesting question…I have never felt people should blindly follow a cause just because someone famous may be supporting it. If a performer or public figure can create awareness, I see nothing wrong with that but I’m against proselytizing to sway opinion. In the case of America’s food shortage, if I have a personal bias it is because I know that it is real and acute and I hope that others will feel compelled to try to help their fellow countryman in need. But I hope that people will think for themselves and not want to help just because they might like my music.
CV: Technology has definitely been forced to advance more rapidly than even before the COVID pandemic, especially now to keep up with the demands of a world still living under restrictions. Oates SongFest 7908 is slated to have a star-studded lineup. Will all the artists for the event be performing in one central location or will each performance be done remotely from various locations to maintain social distance concerns and safety guidelines?
JO: All our participating artists will be submitting videos from all over the world and we will stitch the show together along with some very entertaining celebrity “Calls to Action” as well as a special guest appearance from the MVP of social distancing… my co-host Saxsquach.
CV: Such an undertaking of this type of event must involve a large crew, much similar to an actual performance of this magnitude, to ensure things run smoothly. How involved are you with all the “technicals” of the upcoming broadcast?
JO: This project has grown in scope far beyond what Aimee and I had originally imagined. The response from the music community has been frankly overwhelming and we can’t express enough gratitude and thanks to each and every one who has jumped on board to make this event happen. Once we found our streaming partner in NugsTV, who have donated their time and virtual platform free of charge, we began to assemble an experienced production company Drive Entertainment Group as well as a team of social media and PR folks to handle what has become a very complex production. Interestingly, almost everyone on our team is female…so it’s been a very enlightening and rewarding experience for me to work with such a creative and efficient group of women who bring a very unique sensibility to the show. My wife and I are involved with every aspect of the production, while Aimee handles more of the conceptual and personal artist relations and with me focused more on the technical side and of course the music.

CV: Do you believe that virtual events, like Oates SongFest 7908, are the foreseeable future of an artists’ primary performance venue alternative? Do you think virtual events will one day completely replace live, in-person concerts?
JO: I know there will always be an irreplaceable desire and need for live music. However, I do think that our society has embraced virtual interaction now more than ever before due to our personal isolation and will continue to utilize these platforms going forward in many creative and business applications so these technologies will be integrated into our way of life and will not go away after the virus.
CV: John, is there a message you want to relay to your fans…some words of encouragement during these uncertain times?
JO: I would just hope that everyone stays positive and safe as possible so we can all return to social interaction and I appreciate our loyal music fans who have been supporting me over the years and can’t wait to get back on tour and see them all in person again.
CV: In addition to Oates SongFest 7908 on March 20th, what else can fans expect to see coming from you in 2021?
JO: I’ve been working on the music for a wonderful new film called “Gringa” that will hopefully be released later this year…I got the chance to sing in Spanish for the first time and collaborate with some amazing songwriters and artists.
CV: Thank you again John for spending some time talking and sharing with
our readers. It was such a pleasure. I wish you all the best.