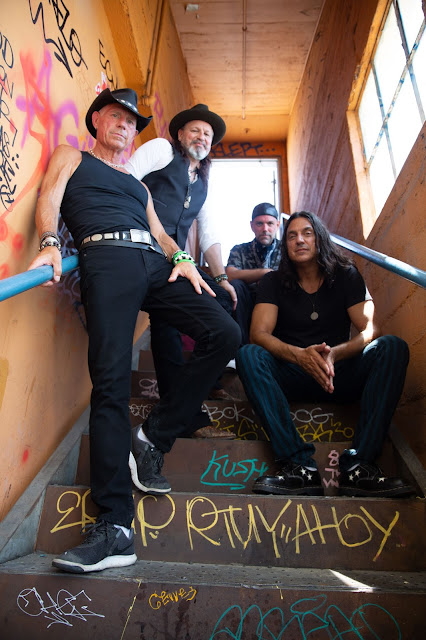 COSMICK VIEW: Hello, Dave! Welcome to The Cosmick View. Thank you for taking some time out of your day to chat with me, it's greatly appreciated.
CV: Do you consider this album a comeback step or more of a continuation for Slammin' Gladys? Or is it a little of both in your opinion?
Dave Brooks: I think it’s a little of both…it is a continuation and a revival...we’re still very much us...with a little more of our bluesy roots shining through.
CV: How involved is it for a band to pick up after more than 25 years since the release of its self-titled 1992 debut album? How did this reunion come about?
DB: JT from Jib Machine approached me about re-releasing the first album and maybe including a bonus track with it. Well, J.J. and I started writing and the next thing you know we had six songs and then we added the last three the summer after and it just became an album...lots of magic and serendipity. 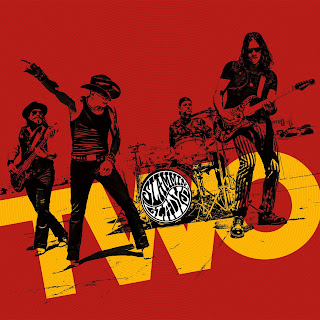 CV: With 1992's release, Slammin' Gladys positioned itself as the premier groove-Rock band. Will the new album, "TWO," continue that legacy or has the band entered into a new chapter musically?
DB: This is more of a rock record I think and like I said before lots of blues roots. It was great to have Stacie Collins playing harmonica on a couple of the tracks…that really brought it home. I feel like this is the best work we’ve done.
CV: The music industry has without a doubt turned itself upside down and inside out several times since the early 90s and the Grunge era was only the beginning. How has your knowledge of then influenced or shaped the band's strategy to plot a course for now? How has time made you see things differently than before?
DB: If you start thinking about what’s next in the record business you’ll drive yourself insane! We just wrote the songs we wrote and we’re true to our roots and ourselves, which is probably what created the magic.
CV: What do you regard as a band's biggest obstacle in today's music market? Was this obstacle something bands had to contend with back in the “Hair Metal” days?
DB: Well, there haven’t been a lot of rock records that have charted in a very long time. It seems like rock is doing a lot better overseas in Europe and Asia and places like that. The music streaming is quite convenient, though doesn’t do much in the way of paying the artists. We will just have to navigate the best we can...hopefully we can find a couple hundred thousand people who love the record, ha ha ha. 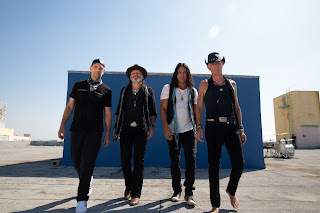 CV: Slammin' Gladys guitarist, J.J. Farris has produced "TWO." What was it like working with a producer, who is also a band member compared to a standalone producer like the band did on its debut release with the late Jani Lane of Warrant!
DB: Well, J.J. pisses excellence in everything he does and of course that extends into producing, engineering and also musicianship. We did the basic tracks with Doug Messenger and Nick Rucker at Hard Drive Studios in North Hollywood so that was amazing and quite helpful.
CV: How involved was Jani with regards to the songwriting on the first record? He was known to have an incredible way with words and melody in an almost supernatural way. Was there a lot of influence on his part to make that album more mainstream in your opinion?
DB: Jani did help with the song writing on the first record along with arrangements and enthusiasm! He definitely pushed the record in the right direction...fortunately David Eaton and Joe Barresi were turning the knobs in fantastic studios (Sound City, Westlake) and helped quite a bit also. They both went on to have fantastic careers. Jani was a great friend, ally and an amazing songwriter, lyricist, singer, musician...most of all the very best of friends. He is missed.

CV: What are you hoping fans come away with after hearing "TWO?"
DB: We can only hope that somebody loves it and shares the same love that we do for the music and the culture.
CV: What's next? In addition to the new single and album's release in February, what more can fans expect to see coming from Slammin' Gladys in 2021?
DB: Well, we’re in the process of making quite a few videos and hope beyond hope that we’ll be able to tour someday down the road here and collectively feel the amazing power of a real rock concert together.
CV: Thank you again for spending some time talking and sharing with our readers. It was such a pleasure. I wish you all the best.
DB: Thank you!