Interview with Haruki of Tramston Valley

CV: Describe your definition of the band’s sound and style and how does that definition uniquely describe the music?
Haruki: Our music is 90’s, 2000’s U.S rock basically…but we are installing classic rock, blues rock, southern rock styles in this basic sound style. I think that part is the most unique part about the music.

CV: Today, everyone talks about artist and audience connection. Is such a level of connection actually achievable for an artist and if so, how have you made the connection to your fans?
Haruki: Yes, I want it. But we are still walking on the way while looking for the answer. Because this band is young still and we are all experiencing the corona pandemic at the moment, I hope that new way to connect to the audience comes about so we can better answer in near future.

CV: Is fan interaction an important part of the band’s inner culture?
Haruki: Yes, I think so. A good response will be motivation and imagination for us.

CV: Can a band truly interact with its fans and still maintain a level of personal privacy without crossing the line and giving up their “personal space” in your opinion?
Haruki: Yes, no problem for now because we aren’t rock stars, we don't have crazy fans. But if we become a famous band it’s very difficult in this modern society.

CV: Is music, and its value, viewed differently around the world in your opinion?  If so, what do you see as the biggest difference in such multiple views among various cultures?
Haruki: Yes. I’m living in Japan…my county’s main rock scene is almost Anime rock. So our style of music is very underground, but I think it isn’t in another country.

I don’t know about another country but I know my country’s rock scene is unique.

CV: Do you feel that a band that has an international appeal, will tend to connect more so to American audiences? Would they be more enticed or intrigued to see the band over indigenous acts because of the foreign flavor?
Haruki: Yes, I think so because there's a long big history in America.  Actually, I’m so happy if my music was accepted by America. But I will be happy in other countries as well.

CV: Has modern-day digital technology made everyone an artist on some level in your opinion? Have the actual lines of what really is an artist been blurred?
Haruki: I don't think so.

Certainly, modern technology is really great. But I feel those sounds are very unnatural to me.  Even if the technology is progressing, I think the real is never gonna disappear.

I hope there are a lot of other people besides me who think the same. 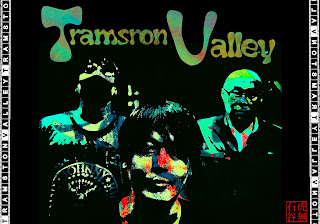 CV: How would you describe the difference between an artist who follows trends and one who sets them?
Haruki: I think it’s different, the creativity. You just have it or don’t have it.

CV: Has music overall been splintered into too many sub-genres in an effort to appease fan tastes in your opinion? And has such fan appeasements, in actuality, weakened music’s impact as a whole by dividing audiences?
Haruki: I think overwhelming rock artists will not appear, Just like Led Zeppelin, The Beatles, Rolling Stones. So I don’t think the modern scene is making big money with rock music.

CV: What can fans except to see coming next from you?
Haruki: We are making a new EP and new songs.

CV: Thanks again Haruki for taking some time and talking. It is greatly appreciated.
Haruki: Thank you so much too! I really appreciate it. I hope you keep safe.