CV: Describe your definition of the band’s sound and style and how does that definition uniquely describe the music?
Leon Marshall: My music has a kind of Country-pop kind of feel to it. I’ve been described as Dr Hook meets Jamie Lawson, and I think that’s kinda cool…I’ll take that!

CV: Today, everyone talks about artist and audience connection. Is such a level of connection actually achievable for an artist and if so, how have you made the connection to your fans?
LM: Yeah I think so. I think most of my songs are pretty relatable…I speak often with my fans on social media after a release. People get in touch to talk to me about the meaning behind the song and how much it means to them, which is nice. I’ll always respond if someone messages me. And equally when people want to come and have a chat after a gig…I’ll always make time!

CV: Is fan interaction an important part of the band’s inner culture?
LM: It’s important to me, yeah. I like fans to feel part of this journey too, and without the fans I wouldn’t be able to do what I do!

CV: Can a band truly interact with its fans and still maintain a level of personal privacy without crossing the line and giving up their “personal space” in your opinion?
LM: Yeah definitely. I think the key here is splitting the two, the band or artist from the person, and it’s absolutely possible. The only person you ever really know is yourself, everyone else is just a version of themselves who they’re allowing you to see. I wouldn’t make the same joke on stage that I’d make in the pub with my brother after a couple of whiskeys! But that doesn’t mean I’m not connecting with my fans, it just means I’m connecting a different version of myself. 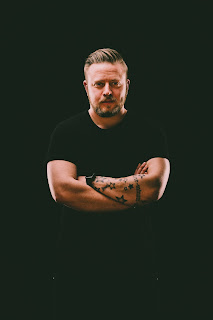 CV: Is music, and its value, viewed differently around the world in your opinion?  If so, what do you see as the biggest difference in such multiple views among various cultures?
LM: Yes, each country has it’s own sound, and the value in music varies across the globe…but I suppose that’s the same with many things! I’ve recently started listening to some Spanish folk-Americana after an Argentinian artist got in touch.

CV: Do you feel that a band that has an international appeal, will tend to connect more so to American audiences? Would they be more enticed or intrigued to see the band over indigenous acts because of the foreign flavor?
LM: I’m not too sure on this one to be honest, potentially yeah. It depends on the individual really…I’m keen to listen to music that I’m not familiar with, wherever the band is from, maybe it’s a splash of FOMO! That band that I haven’t heard yet might just be my new favorite band, so I have to find out…I’m not sure if that’s something everyone does…is it?!

CV: Has modern-day digital technology made everyone an artist on some level in your opinion? Have the actual lines of what really is an artist been blurred?
LM: I suppose it depends on your definition of an “artist.” I wouldn’t say that digital technology has made everyone an artist…I’d say that it makes it easier for artists to share their work. My opinion would be that anyone who is creating or has created, is an artist, whether it be recorded on an old cassette recorder in your parents’ front room or a full production in a high-end studio…both people are still artists. The 70-year-old busker who sits on the high street playing the guitar in the freezing cold is no less an artist than someone who’s music is being played on Radio 1…it’s just that one has a larger audience than the other. 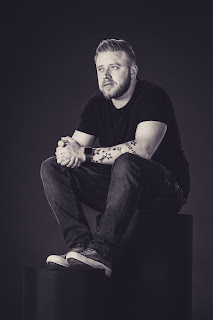 CV: Has music overall been splintered into too many sub-genres in an effort to appease fan tastes in your opinion? And has such fan appeasements, in actuality, weakened music’s impact as a whole by dividing audiences?
LM: I don’t think so…surely a sub-genre is only born when there’s an audience already there for it? I’d think that it’s widened the impact as opposed to weaken it…?

CV: What can fans except to see coming next from you?
LM: Well, I finished some time in the studio at the end of October getting three new tracks down, so I’m really looking forward to people hearing those next year…they’re each a bit different and…yeah, I’m excited about them!

CV: Thanks again Leon for taking some time and talking. It is greatly appreciated.
LM: Thank you very much for your time Mick, it’s been a pleasure!