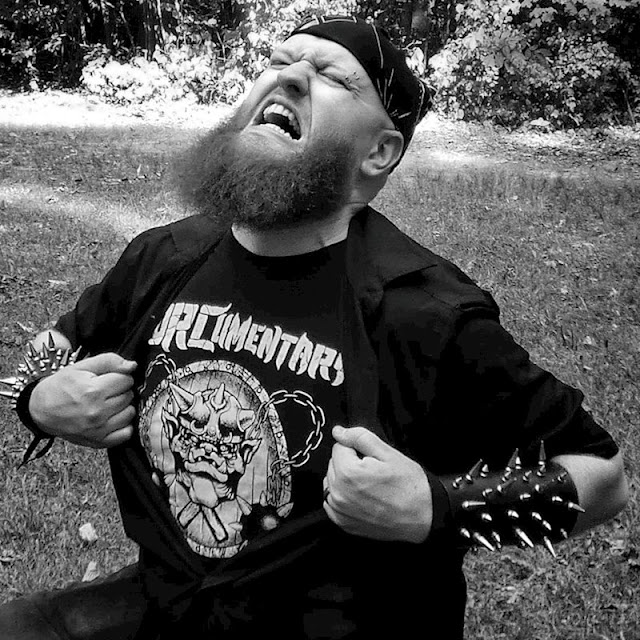 
COSMICK VIEW: Hello! Welcome to The Cosmick View. Thank you for taking some time out of your day to chat with me, it's greatly appreciated.

CV: Do you feel that it's still possible for an unknown band today to be plucked out of obscurity and make it to stardom? Can a dedicated core of fans sharing their music make that possible or has the internet and social media changed the game?
ORC: The concept of “overnight success” was always a one in a billion shot, but now it’s more like one in fifty billion. There aren’t enough music fans in the world that can unify behind one unknown artist to single-handedly propel them to stardom because the overwhelming majority of people prefer Netflix and video games to music.

People’s attention spans are so short and there are so many different forms of entertainment to choose from now. The only thing that is going to make the average person give an unknown artist more than 2 seconds of their time is if they are on American Idol, if they do a YouTube cover of a Disney song/whatever’s #1 on the Billboard charts, or if they are carbon copies of Led Zeppelin.

Doesn’t mean artists can’t be successful or make a living off their music, but that’s why you see so many kids on these singing game shows and so many crappy “Let It Go” covers on YouTube. Everyone wants the “get rich quick” route.

CV: Do you feel that given the accessibility and social awareness of modern times that a music underground still even exists today as it once did?
ORC: The underground certainly exists, but not “as it once did”. Instead of hanging out at record shops, metalheads hang out in Facebook groups dedicated to whatever band or subgenre. People are trading Spotify and YouTube links instead of CDs or tapes. The passion for music is undimmed though, despite these differences. In some ways it’s even better, as it’s easier to connect with people from all over the world and record labels are no longer the gatekeepers when it comes to what bands get heard.

CV: What do you see as the biggest difference in music and how it is perceived from back say 35 years ago compared to music today? Has both the music and the artist evolved from your point of view?
ORC: Because record labels are no longer the gatekeepers when it comes to what music gets heard, the playing field is more level than it ever has been for unknown artists. I discover so many amazing artists via random YouTube suggestions and whatnot that I would never have heard of otherwise.

On the other hand, this means there is a glut of supply for music and, frankly, nowhere near enough demand. Music is greatly devalued now by the general population. That’s why there will never be another Metallica. It wasn’t just that they were groundbreaking and talented, but also Netflix wasn’t around back then. The average person would rather stay home and binge-watch a TV show on a Friday night or play Call of Duty than go to a concert.

Artists are still playing catch-up. Many are still sticking by the old business model, but many are waking up to the fact that there are many ways to increase your success by focusing more attention on social media/online presence in general.

CV: Do you believe bands and artists who have the biggest impact on fans and other artists are aware that they are or is there more of a tunnel vision sort of process for them keeping them somewhat in the dark? Can influential artists see past their own work to be aware of the ripples they make?
ORC: I’m sure big bands are well aware of their influence, but mid-size or smaller bands probably are not as much.

Being aware of your own legacy, and how your fans perceive you, is important. However, getting caught up in your own hype can either inflate your ego or stunt your growth.

CV: Does music need to be influential to be considered worth listening to in your opinion? Or can music simply be just an enjoyable auditory experience devoid of substance?
ORC: Music influences people in so many ways. Even frivolous music can turn someone’s day around. Pop music is devoid of substance. I personally don’t find it worth listening to, but many people do. Everyone’s wired differently and any given song means different things to different people, if the listener finds any meaning in it at all.

ORCumentary is certainly not making some profound statement, but there’s a lot of fun, storytelling, and musicianship that the listener enjoys, and there’s value in all those things.

CV: The world has been rocked by the COVID pandemic.  The economy has been sent into a tail spin in its wake, unfortunately.  Bands worldwide have been restricted with performing live and some it seems, restricted from earning a living.  How has the pandemic affected your band? Are you hopeful that 2021 will see many of the restrictions lifted?
ORC: I had started working on a new ORCumentary album,“Fully ORChestrated,” which comes out Feb 5, 2021, last January, but everything started shutting down a couple months later. That helped me focus more on the album actually. On the flip side, it’s hard to push new music and merch now because lots of people are in tough financial situations and have more important things they need to spend money on. 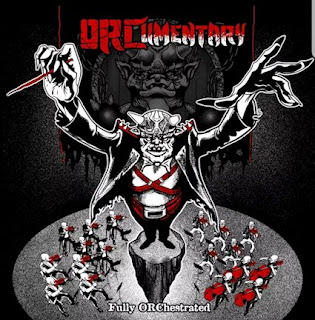 At least in the USA, I’m not counting on things getting close to “normal” until at least spring 2022. Nearly half the population thinks everything will magically get better on its own so they don’t want to get a vaccine, they are very against wearing masks, social distancing, etc. As a result, infection rates are higher now than at the beginning of it all. Other countries are generally doing a better job handling it and it’s very possible they will be “back to normal” far sooner than the USA.

CV: What do you feel artists and bands can do right now to stay relevant, especially in an environment, such as the present, where performing in front of a live audience is being restricted? What immediate options do you see available?
ORC: In this day and age, you have to find new ways to connect to your fanbase. Give your fans reasons to want to stay connected to you. If your posts are all “buy my stuff”, it gets old. What other interests do your fans have? For example, ORCumentary has fantasy-based lyrics, so I’ve been incorporating Lord of the Rings/DnD-related content along with posts about my music. If you don’t know what other interests your fanbase has, ask! People always love responding to posts like “Seen any good movies lately?” and “What band shirt are you wearing now?”

A simple way to increase your reputation within your fanbase is to “like” and respond to fan comments on your posts. This will make their day and they will tell their friends about it. Word-of-mouth is huge, and someone is more likely to give your band a listen if a friend speaks highly of them. Livestream chats and performances are great ideas as well.

Artists should also be taking this time to stay productive, as obviously playing live shows is only part of being an artist. Whether it’s writing or recording music, taking business courses, learning more about how to use social media and the internet to benefit their band, more bands should work to position themselves to be better off post-pandemic than they were pre-pandemic.

CV: As an artist, what have you learned from the events of 2020? Are those lessons learned different for you as a person than as an artist or are they one in the same in your opinion?
ORC: The way the music industry essentially shut down almost instantly just shows how fragile everything is. Too many bands still follow the old business model and they were caught flat-footed. This impacted many other industries as well, and they will take a long time to recover, if they ever do. The pandemic only hastened the inevitable: that artists would have to rely more heavily on internet presence than touring to break through the noise.

Adapt or die. You either find a way to make things work during hard times or you don’t.

CV: What's next? What can fans expect to see coming in 2021?
ORC: ORCumentary will release a new album, titled “Fully ORChestrated”, on February 5, 2021! I will also be doing my third annual Super Bowl Halftime Livestream performance during the televised Super Bowl Halftime Show on February 7th, around 8:30 pm EST. As for the rest of the year, I’ll probably do more livestream performances and a lot of writing for the next album!

CV: Thank you again for spending some time talking and sharing with our readers. It was such a pleasure. I wish you all the best.