Interview with Tiam and Angel of the Norwegian Band WinterBeach

By Mick Michaels
The Cosmick View: Hello, Tiam and Angel! Welcome to The Cosmick View/MBM Ten Pounder! Thanks for taking some time to chat with us!
CV: Describe your definition of the band’s sound and style and how does that definition uniquely describe the music?
Angel: Our music probably has a bit of peculiarity in it as we do not really feel bound to a definite musical period or style. We make pop that draws inspiration from classical music, rock, pop and disco from the late 70s and up to today. The band members themselves have different musical backgrounds where the spectrum goes from Norwegian Black Metal on one side to classical music on the other, all neatly oriented around a pop center. This makes the music both melodic and pompous and sometimes quite cold. WinterBeach has never really been very keen on putting a definite label on their music, but listeners have often used references to darkwave and synth-pop. Even though you probably will recognize a song by WinterBeach, you will still experience that there is a relatively large range within our music. You can therefore definitely not say that you know WinterBeach if you have only heard one or 2 songs.
Tiam: No, you must at least hear 3 songs.
CV: Today, everyone talks about artist and audience connection. Is such a level of connection actually achievable for an artist and if so, how have you made the connection to your fans?
Tiam: WinterBeach is a rather new band and hasn’t been out playing a lot of gigs yet, and then came COVID… But nowadays the most important connection is through social media anyway. We always love getting feedback and chat with friends and fans about music, even if it’s in a digital mode.
CV: Is fan interaction an important part of the band’s inner culture?
Tiam: Hopefully it will be!
CV: Can a band truly interact with its fans and still maintain a level of personal privacy without crossing the line and giving up their “personal space” in your opinion?
Tiam: If you ask Bono, Paul McCartney or Elvis, they will probably have a totally different answer than me. But so far this has not been a problem for us. We really appreciate all the fans we have, and we try our best not to lose them. And it is incredibly exciting when new blood fans suddenly appear in distant countries like China, USA or Germany. In these cases, however, it is really easy to keep the personal space private, maybe too private..?
CV: Is music, and its value, viewed differently around the world in your opinion?  If so, what do you see as the biggest difference in such multiple views among various cultures?
Angel: No, not really. I think the value of music is strong all around the world. The music will probably have different content and packaging, but still have its place and its position in all countries and all walks of life. Part of the reason for this is probably that music can be used for absolutely anything regardless of mood. It can be unifying, emotionally engaging, create sadness and can create joy. The reason for this is that all music is experienced subjectively. There is no template for what is objectively a correct musical perception. In addition to this, music is what all people understand regardless of ethnicity, language, religion or social class. It is a universal language that speaks to us through our own feelings and experiences. 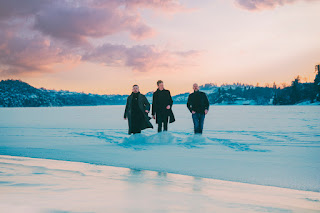 CV: Do you feel that a band that has an international appeal, will tend to connect more so to American audiences? Would they be more enticed or intrigued to see the band over indigenous acts because of the foreign flavor?
Tiam: It is not without reason that the term "The American dream" still exists. Of course, it would be huge if we were to have success in the US, but at the same time it seems a bit distant and unattainable to us down to earth Norwegians. Maybe WinterBeach's music is more British-oriented, or German-flirty or Nordic in taste? At the same time, A-ha is one of our BIGGEST sources of inspiration, and when they managed to become number 1 in the US, why shouldn’t we? We are also a charming Norwegian trio playing synths wearing home-knitted socks. ;)


CV: Has modern-day digital technology made everyone an artist on some level in your opinion? Have the actual lines of what really is an artist been blurred?
Angel: Both yes and no, I think. Many unknown artists have been given the opportunity to record their songs, make their music available and get it heard because of the opportunities inherent in technology. Creating music, recording it and even releasing it at home from your own living room has given artists such as Alan Walker their rightful place in the music world.
The technology also has a downside. People's use of music has changed enormously since Napster appeared in 1999. People far less often buy whole records, but instead shop single songs. Maybe this creates a musical world where the depth content of the music disappears because every single song you make has to be a hit?
CV: How would you describe the difference between an artist who follows trends and one who sets them?
Tiam: I think it is MUCH easier to follow a trend than to make a new one. With today's technology, most people can try to copy trendy music from the radio etc. But creating a new trend often requires that you have to work on for years and years without receiving a particularly good response on your songs from the outside world. But for a handful of these the wind suddenly might turn and in a blink, EVERYONE likes your new and fresh original music. The music industry is also very hesitant. They look over their shoulder and note what the others think is good and bad. It's probably just as difficult for a music critic to start igniting a new trend.
It is tempting to say that people who try to start new trends based on a genuine belief in what they are doing are much braver than those who just follow trends, but unfortunately, most nonredeemable trend makers end up with damaged dreams.
I personally don’t think you can create a new trend by your own will, I believe it appears by itself maybe when you least expect it. 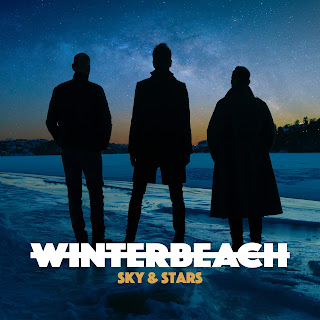 CV: Has music overall been splintered into too many sub-genres in an effort to appease fan tastes in your opinion? And has such fan appeasements, in actuality, weakened music’s impact as a whole by dividing audiences?
Angel: Yes, I really want to say that. You can’t say that you play in a rock group or pop group. Instead, it can quickly become an extra label that to the uninitiated will appear incomprehensible.
Tiam: Everything was better in the old days. There were only 3 music genres, and everyone enjoyed either the Beatles or the Stones.
CV: What can fans except to see coming next from you?
Angel: We will soon launch a music video for the single "Sky & Stars", recorded on an icy beach just outside Bergen. And on May 21st we release our debut album "Playing Dead" – a 7 track LP
CV: Thanks again Tiam and Angel for taking some time and talking. It is greatly appreciated.
Tiam: It’s been a real pleasure!
Check out WinterBeach at:
Official: https://www.winterbeach.net/
Instagram: https://www.instagram.com/winterbeach_no/
Spotify: https://open.spotify.com/artist/2YEjfFuEo1RRSWCxjSv6qm?si=P4s0gyDrQDSQDoqpbMaaeg&nd=1
Facebook: https://www.facebook.com/WinterBeachMusic/?notif_id=1550568725779787&notif_t=page_fan
Like The Cosmick View on Facebook at:
www.facebook.com/TheCosmickView