Interview with Knell of of the Black Metal Band Sinira 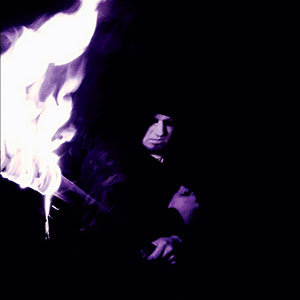 COSMICK VIEW: Hello, Knell! Welcome to The Cosmick View. Thank you for taking some time out of your day to chat with me, it's greatly appreciated.
CV: Do you feel Heavy Metal music in general is viewed differently by fans in Europe compared to fans elsewhere, especially in America, and if so why?
Knell: I feel that America and Europe both have their strong suits and when it comes to metal and more often than not they influence each other to various degrees. I feel that the fans are rather territorial and proud of the bands that come from their respective countries too.
CV: What do you feel makes Heavy Metal music so alluring to the fans? What is it about the music that personally resonates so strongly with you?
Knell: I feel that fans feel a strong resonance from the bands they admire. I’d say that when I resonate with a band it boils down to a feeling of immersion in the atmosphere or just catchy riffing.

CV: Has Metal splintered into too many sub-genres in your opinion, thus, making it harder for newer bands to actually classify themselves as one style over another?  Is it confusing for fans as well?
Knell: I do not believe there are too many subgenres despite what some may say. I feel that there are as many subgenres as there are because musicians have refined their music tastes so much that they consequently create music that have been inspired by different genres. If the music they create is likable to fans then it is carried on to influence a new generation of bands that will further evolve the sound.
CV: How would you describe the current state of the music business considering we are now living in a COVID aware, and maybe even feared world? Have things drastically changed long-term for artists and bands given the recent pandemic? What are your thoughts?
Knell: I feel that the pandemic has forced musicians to get creative if they are relying on their music as a career. Since it is increasingly more difficult for bands to play live shows under big venues, bands have had to become more interactive on social media to reach a broader audience. When circumstances allow for bands to play live again, I feel like some of the methods used during the pandemic will also stay for the long-term. 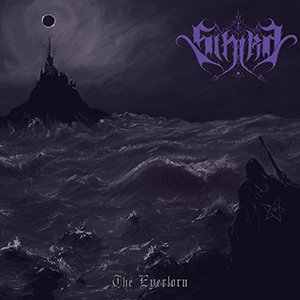 CV: What do you feel makes your band and its particular approach to songwriting work? What keeps the band together and making music?
Knell: Sinira is solely driven on creating a frozen and uplifting atmosphere. If I feel like I can’t create that at the time I don’t try to attempt writing.
CV: On a more global view, how do you see your band’s music and songwriting separating itself from just being another Heavy Metal act?  Knell: I suppose on the broad scale of what is popular right now in black metal, I feel like I have decided to take a step backwards to try to capture a sound that many have stated has disappeared for a long time now. I suppose I made some progress in it considering that many have stated that I achieved it. Although I personally cannot feel like I am doing anything particularly meaningful by revisiting something that has been done before.
CV: Can an artist truly be unique? Some would argue there is no such thing as being unique; that it’s nothing more than a compounding of influences making an artist who or what they are. Would this then say that artists today are destined to be just copies of those who have already come to pass?
Knell: I wouldn’t put it so pessimistically. I believe that we all stand on the shoulders of giants before us and those giants stood on shoulders before them. As far as being unique, there are those who stand out more than others and make a bigger impact than their peers. So I suppose you could say they are rather unique to their particular genres.
CV: Are there life lessons to learn being in a Heavy Metal band that you feel cannot be taught elsewhere? If so, what are they?
Knell: The biggest lesson that I’ve learned is that it is pretty much like another job where you are the boss but you control whether you sink or swim.

CV: What do you feel makes someone a “rock star”? Does being a rock star automatically make one iconic or are the two completely different in your opinion?
Knell: I feel that the word “rock star” is not limited to the genre of rock anymore. It is a term that I would describe someone who appears to be bigger than life, in the public eye, and a musical performer. One is not iconic because they are a “rock star” but rather they are one because they are iconic in musical spheres. I just wouldn’t personally use the term anymore because there aren’t many people who agree with my definition.
CV: What's next for you? What can fans expect to see coming as the world looks to surmount a new normal laced with a load of restrictions?
Knell: I am just going about my own way through everything. I tend to try not to control things that are out of my control. I generally like to fly under the radar.
CV: Thank you again Knell for spending some time talking and sharing with our readers. It was a pleasure. I wish you all the best and continued success.
Knell: I appreciate your time and patience very much. Take care!