Interview with Bassist and Vocalist Paul Del Bello of Dobermann 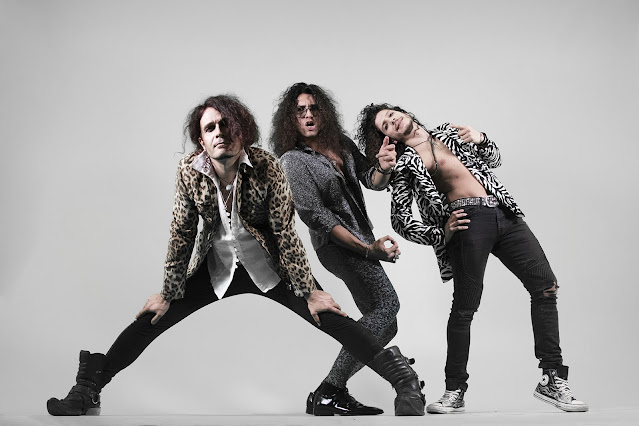 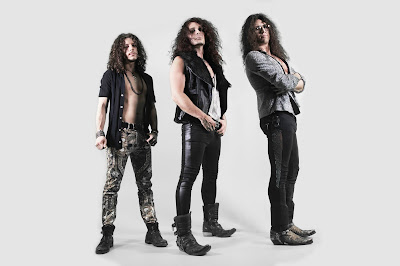 It did hurt rock music though. Rock is a band thing.  Everything is quantized and there's triggers and perfect pitch. Records are made in home studios all around the world. The drummer records his parts in his living room, and then sends them to the guitar player who lives in another country and that's in 3 other bands. He records his parts home using plugins instead of a Marshall head and then hands ‘em over to the singer. That's the standard. But that's not what Rock and roll is about. And in my opinion it's the main reason why rock music is pretty much dead today. It lost its vibe…its rawness. It completely lost what got me into rock music, for sure. Rock n roll is not about being perfect. It's about not caring about not being perfect.
CV: Has the industry’s many changes, especially over the course of the last 12 months, affected how you write and release music? Has it influenced your songwriting style in any drastic form?
Paul Del Bello: Yes. Nowadays, time is the enemy. People's attention span has drastically decreased, and you need to get something going within the first 30 seconds of your song, or you're toast. For this record, we made a point not to waste any second, we left out any unnecessary parts. Get to the point quickly…vocals straight in, no pre-chorus. The best part is that it wasn’t forced upon us. It kinda came naturally. With time I tend to listen to music more & more from a songwriter/producer point of view.  I'm very happy with that, we did a good job.
CV: Why do think music has been broken down into so many classifications and sub-genres? Is it really necessary? Can this sort of over classification be confusing for not only an artist who is looking to build a brand and find an audience but for the fans as well?
Paul Del Bello: I think the artist shouldn't pay attention to classifications or genres. That is only for fans’ conversations. I think musicians should forget about it. Especially for rock music, it's one of the things that's holding us back. Every band has to have long hair and wear black. We all play nothing but Fender and Gibson and Marshall and Ampeg.  Again, nothing wrong with it, but it would be nice to see something new once in a while. I'd like to see someone throw in a saxophone, a baritone guitar, a violin or a 12 string bass. You never see something like that. It's like we're afraid to leave this 40 year old comfort zone. It keeps going in circles. Greta Van Fleet are supposed to be the next big thing and they're basically Led Zeppelin. Same guitars, same sounds, same setup, same clothes. They're a really good band, but it's almost a nostalgia act. At Glastonbury 2019 the headline act, Stormzy, was 26 years old. If you watch the bills of rock festivals, headliners are in their 60s or 70s. There's something wrong. Classic rock needs to stop being classic if it wants to make it out alive.
CV: How would you define Dobermann’s sound and style? Is a music classification or genre specific tagging something the band even considers when writing songs?
Paul Del Bello: I'd say we're a rock & roll band…and a power trio, which is an animal of its own. It's guitar, bass and drums. Basic. It has limitations, but that's what breeds creativity. They force you to be good. I have to kick ass at singing AND at playing bass. And I can't really do simple stuff all the time, because there's no rhythm guitar, so I have to keep things interesting. But you know, we like to change things. We added a lot of fresh elements in this record. We draw from the classics, of course, AC DC, RATT, and VELVET REVOLVER and so on. But especially with this album we really wanted to give people a different take. We threw in some blues and funk elements, trying to use a modern songwriting format. That is key if you wanna be competitive.
CV: Many people have asked, “Where have all the modern day rock stars gone?” Do you agree with such a sentiment and who would you consider to be a modern day “rock star?”
Paul Del Bello: We have modern rockstars. But they don't play rock music. Hip hop and pop are kings. You need to capture the imagination of the kids to be king, and Rock music doesn't seem to be able to do it nowadays. I'm ok with that. Rock had its time. It's been resting on its laurels. It's still alive of course, but it's suffering. But for an artist, suffering is a good thing, as we might come up with something decent out of it. Rock will rise again, though it might not be soon. It's flat on its ass, which might be a good starting point. 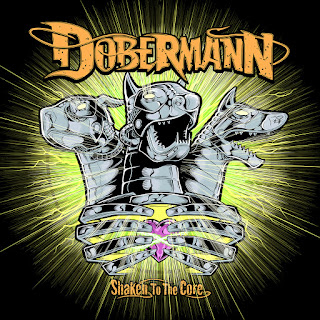 CV: Does music need to have a message to convey to the world for it to be worth listening to in your opinion? Does Dobermann’s music have a message?
Paul Del Bello: We want to have a good time. Make good music, playing it for good people, travel the world. Laugh. Sometimes the lyrics are serious, but there's no special message. Though the world needs bands like RATM or Public Enemy, we're not into politics. We try to make people forget about that shit and about what they have to go through daily. People have hard lives. We follow our passion, we live our dream. We are very lucky. We'd better kick ass and give something back. And keep rock and roll alive in these troubled times. Make people happy. Give them hope.
CV: What's next for Dobermann? What can fans expect to see coming?
Paul Del Bello: June 11th we're coming out with a new record called 'Shaken to the Core'. It's a good record. Our new single 'Staring at the Black Road' is already out. We have another one in the pipeline. We worked really hard on this album…make sure you check them out! Also, we're planning to go back on the road as soon as possible. We miss being on stage and we miss playing live.
CV: Thank you again Paul for spending some time talking and sharing with our readers. It was a pleasure. I wish you all the best and continued success.
Paul Del Bello: Thanks man it's been a pleasure. See you guys on the road as soon as this mess is over. 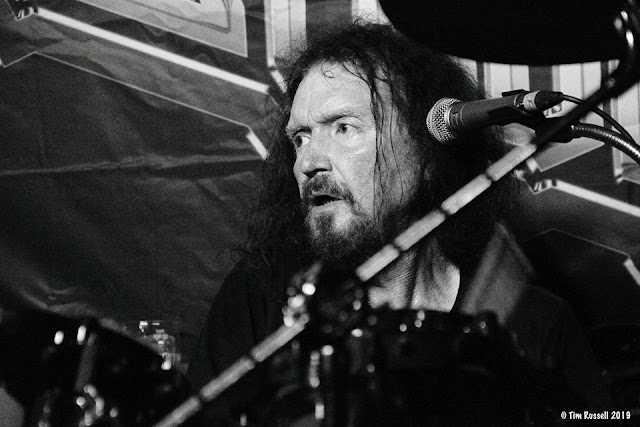