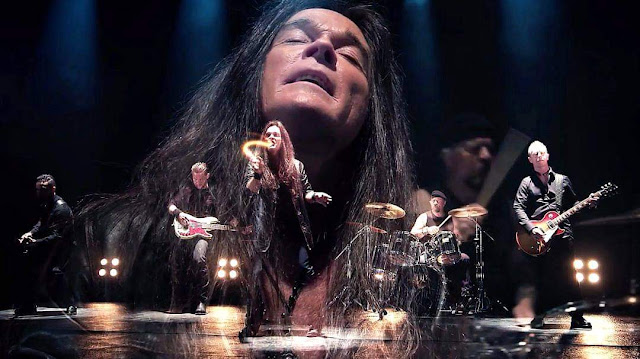 COSMICK VIEW: Hello, Hal! Welcome to The Cosmick View. Thank you for taking some time out of your day to chat with me, it's greatly appreciated.
Hal Marabel: Hi there, thanx for reaching out to us – much appreciated.

CV: How does Mad Invasion merge 70s hard rock with modern styles and sounds? With a 40 plus year divide, does such a blending pose any challenges to avoid sounding dated?
HM: A big part of getting the combination to work for us is that although the approach is classic vintage rock, the sounds and production are modern, from the guitars and rhythm section to the keyboards and effects. We jokingly often say that this is what the old bands wanted to sound like but couldn’t due to the technological limitations at that time. Today, most things can be done but without the right mindset and approach, it’s hard to find the ‘sweet spot’ between the traditional and modern. As producers, Björn and I  play an integral role in creating the end result, bringing their best to the table with their combined knowledge and experience, and together with Pete’s solid lower range vocals – the Mad Invasion concept and sound has become both distinct and recognizable.

CV: Mad Invasion, as a band, is a collection of seasoned musicians, touring professionals and songwriters. How does having such a magnitude of talent effect the band's day to day operation? Do egos ever find a way of rearing their ugly heads?
HM: No…actually not at all. Since we have very clear roles in the band, the different parts work very well together. Being older and at a more mature state in life also helps. We have all become more relaxed and flexible with age.

CV: The band's debut album, "Edge of the World," is set to release in September. What can you tell us about the record? What can listeners expect?
HM: Conceptually the album has quite a dark touch to it, since many of the songs, in one way or another, are about the fight between the good and the evil that surrounds us. That evil is real and life is getting harder and tougher for everyone and that it isn’t always good that wins. Combining this with bone-crushing guitars, a pounding bass and thunderous drums, creates a sound experience that many will enjoy and remember. 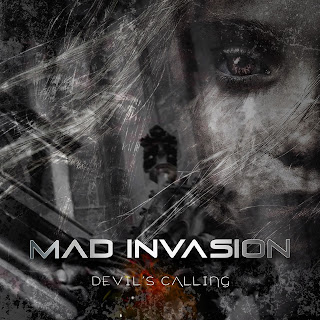 CV: Did the pandemic cause any delays in the album's production?
HM: No, we took our time with writing and recording this album and just continued the same way through the pandemic. In Sweden, the restrictions have been less strict than in many other countries so we continued the production as usual, although practicing safe distancing when needed.

CV: How did Mad Invasion hook up with Motorhead/Scorpions drummer Mikkey Dee to appear in the video for the album's first single, "Devil's Calling."
HM: Our singer Pete and Mikkey know each other from before since they both come from Gothenburg and have been part of the same rock communities throughout the years. So it was Pete who tipped us to ask him if he would consider appearing as a special guest in our three first videos.

Luckily for us, we found an arrangement that worked for both of us.

CV: Is writing an album for Mad Invasion an entire band endeavor or does one individual stand as the primary writer with the rest of the members serving as secondary sources?
HM: All songs are written by Björn, Pete and Hal.

The writing process typically starts with Björn laying down some basic guitar tracks in our studio, to try out a new song idea. Next Pete will get introduced to the song and some ideas for lyrics and arrangements. Once he has a feel for the song he will write the lyrics and the vocals are then recorded. This part of the process is a bit different since Pete likes to record his vocals just to the guitars and a click track – without any backgrounds or effects in his listening. After the vocals, Hal comes into the picture and the recorded tracks are transferred to the computer where the actual music production project is officially born. Hal then adds keyboards, sounds and effects, as well as working with the rhythm section and overall arrangement of the song. At this point the final bass guitar and background vocals are recorded. Throughout the recording and production process, the song is continuously iterated within the band for input and ideas until all feel satisfied with the result. 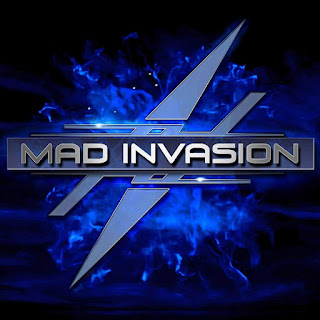 CV: What are you hoping fans come away with after listening to "Edge of the World?"
HM: That with Mad Invasion, they have now found the great combination of classic vintage rock and modern soundscape, something new and fresh but with a connection to rock history and tradition.

CV: In addition to the debut album, what more can we expect to see coming from Mad Invasion in 2021 and beyond?
HM: We have already started production of our next album, which will be even better – and darker.

In 2022 we will also go live and we are looking forward to it.

CV: Thank you again Hal for spending some time talking and sharing with our readers. I wish you all the best and continued success.

HM: Thank you very much – say ‘Hi’ to your readers, we hope that they will like the album.