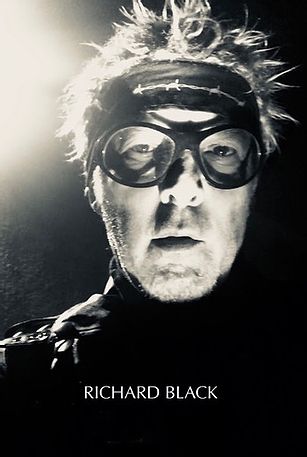 COSMICK VIEW: Hello, Richard! Welcome to The Cosmick View. Thank you for taking some time out of your day to chat with me, it's greatly appreciated.
Richard Black: Thank you for having me, it’s really my pleasure.

CV: How does writing and recording a new album with the intent to release it independently, without the backing of a label, differ from your previous projects? Is there a there a level of freedom going independent that may otherwise not exist when working with a label?
RB: Well the execution is nearly the same, only the expectation is different. What I mean to say is; the artist would always attempt to do the best piece of work they can. With the ‘backing’ of a major label, there is a monetary component that drives one’s intent; you want to make a lot of money. Of course that’s easier said than done, and there are no guarantees. But there is none in life either, am I right? You lose more than you win.

Independently, I intended only to reach the people who value my work…in the end, I can’t really lose unless people decide they no longer like me, and will not be returning, so to speak.

As an added bonus, as you mentioned, there is a great degree of freedom in what I care to write, or write about…save for social media and their rules. But that’s another interview.

CV: Often times, things start at one point but can end up somewhere completely different, even unexpected. Did the new album, "Bloodline 2.020" fall into such a scenario, taking the band in such a direction that's even surprising to you?
RB: Everything one does in life begins with a thought…an intent.  This is true if you are building a dog house or making an album of musical work. You can make changes along the way; the important thing is action, or what I like to say Aktion!

The one thing that stands out from BLOODLINE is action. This album was started from scratch 3 times; the first two were quashed to the foundations by forces beyond my human ability; as if from a spiritual realm…also another interview.

Once we got in gear, it was very intensive but also intense. There I was; spearheading an album after yet another hiatus of 6 years.
Does anyone remember? Does anyone care? It didn’t matter so much, because it didn’t matter. I had no expectations. 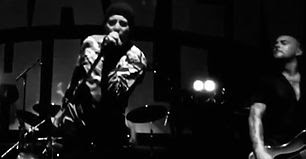 CV: How much of your soul do you find you leave on the table after writing a song or recording an album? Is it a draining experience after all is said and done?
RB: Apparently there are those who appreciate my work and prospective. That’s all an artist can ask for. In many cases this cult following is held together by a mutual understanding, not unlike a witness to someone’s existence.

Now I’m finding there are new ‘members’ to the “cult”. For many; this album is like a time machine, but this time it carried a message about the future as well. No sooner did we squeeze the album out; the world busted loose at the seams. It was all there, almost prophetic, perhaps the very reason for the delays, it just wasn’t time yet. Then, there it was, a turning away from the truth, outrage by people, some genuine, some contrived. ‘Bread and Circuses’ - the exposing of the celebrity elite for their evil corruption…the role our leaders play in child abduction, and blackmail, and their currency of lies…a Dictatorship that awaits us all if this march to Socialism is allowed to take hold…an opportunistic ‘Pandemic’ who’s soul function is to separate everyone…can you feel me?

Only the last song on BLOODLINE 2.020, ‘Someday,’ the companion song to ‘On & On’ is post “COVID”…when your distractions offer no solace, and your left face to face with yourself. 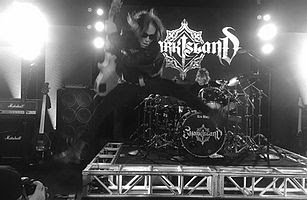 CV: Besides being 30 plus years later, what do you consider the biggest difference between Shark Island's 1989 record, "Law of the Order" and the new album "Bloodline 2.020?"
RB: The obvious difference is the point of view and the priorities of the writer. The 80’s where all about infatuation, ostentation, and sex. Today the virtual world is demanding your attention, while building you in a prison of sorts. It would feel disingenuous writing a song about Love.

CV: The current climate for the music industry is definitely more touch than go; it has become very difficult for bands to plan for the future let alone work given so many restrictions and shutdowns.  How does Shark Island plan to continue weather the COVID storm and support the new album?
RB: Climate? This deserves a much stronger word. This thing has turned everything on its head. I don’t believe this will ever return to what I call the last world. If it does return, it will be largely different, and I’m not sure for the better. Who’s gonna support it…a recorded live show for social media? Not really interested. Part of the experience is the interaction, and the immediate energy.

CV: What qualities do you strongly feel an artist or band should possess to allow themselves the ability to stand out and be noticed? Would these qualities be something anyone can achieve or are they something that only a small percentage actually possess in your opinion?
RB: I think we all possess different qualities, what we most lack is discipline.  I mean that in general terms; it may take someone 10 years to achieve 1 years work for someone else. People are better at some things than others. After all we cannot all be pro basketball players, or Cover models, or astronauts. I know I can’t be any of those. I can tell you one thing; as a musician, learn everything you can about “The Business” but don’t let on that you know. Knowledge is power. 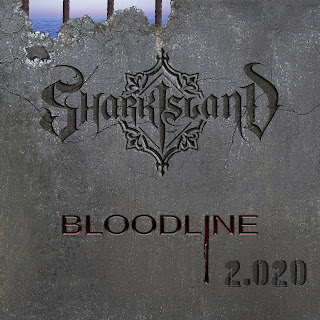 CV: What do you feel artists and bands can do right now to stay relevant, especially in an environment, such as the present, where performing in front of a live audience is being restricted? What immediate options do you see available?

RB: Hone your craft and be prolific, even when no one is watching. Maybe someone will come up with a viable solution, so be ready I suppose. Question everything, and be certain you are living in truth. Make no mistake; what has happened here is not a perfect storm, or some sort of coincidence. This is an intentional act against you, to frighten you, to control you, to enslave you. I am still in disbelief that it has come to this…so today, right now I have no flowery words to add to this travesty.

CV: What's been the one major thing you have missed since the COVID pandemic halted the world?
RB: What I miss is the train before it left the station. Knowing what it looked like is the torture therein.

CV: What's next?  What can fans expect to see coming from Shark Island in 2021?
RB: If I write something else; it too will be quite different.

CV: Thank you again Richard for spending some time talking and sharing with our readers. I wish you all the best and continued success.
RB: Thank You, and Godspeed.

The Cosmick Voice - podcast
Music, Talk & Nothing But Business
www.thecosmickvoice.com