Interview with Freddy Ordine of Weapons of Anew 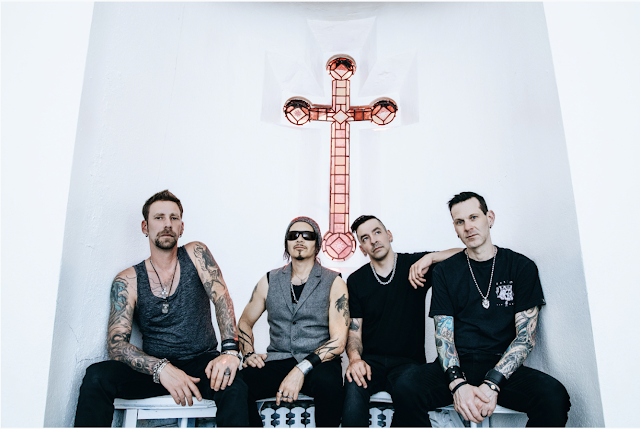 COSMICK VIEW: Hello, Freddy! Welcome back to The Cosmick View. Thank you for taking some time out of your day to chat with me, it's greatly appreciated.
Freddy Ordine: Absolutely, thanks for having me again!

CV: How important is it for you as an artist to be able to connect with your audience? Is there a line, however, that shouldn't be crossed when looking to make the connection between artist and fan?
FO: It’s super important to me. I always try to make myself accessible after every show we play, hanging out, talking, taking pictures. These people go out of their way to come see us so I feel it’s the least I can do to show my appreciation.

CV: The first single from the upcoming album is a cover of The Chainsmokers' "Sick Boy." Why the decision to lead off with a cover track as opposed to one of the band's original songs as the first release?
FO: This is our 1st real run at radio. So we figured it was a song some people were familiar with that could help as an introduction to Weapons of Anew. If it does well, great, if not, it really wouldn't hurt us as it's a cover. Thankfully its been doing really well!! So this will definitely help with our next couple of singles.

CV: What can fans expect from Weapons of Anew second album? How do you feel the music and writing has grown or changed since the first album, "The Collision of Love and Hate?"
FO: We have definitely grown as a band. We toured a lot on the Collision record so that alone really helped bring it up a level. Ray and I are really in tune with each other so this was a pretty well thought out process. We pushed ourselves really hard on this record and I couldn't be happier with the result.

CV: If you had to describe the new album using only three words, which words would they be?
FO: THIS is us!

CV: Have the events of 2020 played a role to any degree, whether as a premise or inspirational pool, while the band was writing for the new record?
FO: Not so much in the writing as we were just about wrapping up right when this all started. Us as a band, it has made us miss touring…really miss being out touring. I think it's teaching a lot of people not to take everyday life for granted, to get out and enjoy things cause in a min they can be taken away. We have been using the time wisely. We rehearse usually 2x a month, we shot 3 videos. We are like caged animals!! The band is on fire and ready to go the second touring opens back up. 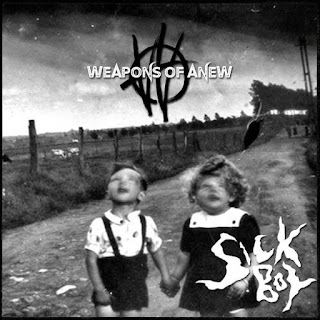 CV: Many musical sources say the industry isn't going to begin making a real come back until possibly late 2021 or even as early as 2022. What are the band's plans to promote the new album if touring is still not an option? Will Weapons of Anew be doing any online events?
FO: We are really just focusing on radio at the moment. Sick Boy is doing great, charting at billboard. With that, it’s giving us the ability to develop new fans from all over the world on a daily basis. We are going to release another single when momentum from that starts to slow. I think as of now, our manager and us are happy playing the singles/radio thing to its fullest until touring opens up and we can properly support the new record. It only helps us build a stronger larger fanbase.

CV: Do you see online only performances becoming the new norm for artists and bands as 2021 approaches?  Can such performances, in your opinion, become a common staple in tour packages if restrictions begin to lift? Will they be a consideration?
FO: GOD I hope not!!! We are a live band. We love being in a room with a bunch of people losing our minds and having a great time together! That's what rock music is all about…that's a rush!! It’s definitely not the same thru a computer monitor. We are being super selective with doing live streams, we are doing a limited number just for radio stations that have been super supportive to us and releasing a few to our fan club.

CV: What's next? In addition to the upcoming new album this coming Spring, what can fans expect to see coming from Weapons of Anew as the New Year approaches?
FO: Quite a few singles!!! We have been setting up the Weapons’ Crew fan club and plan on doing a bunch of stuff with the fans thru that. Some exclusives, merch, streams, early video releases…we are even talking about having a day with WOA kind of thing where we will have a few people come out for a day at our studio, hang, BBQ, jam. We will figure out how to make some cool things happen!

CV: Thank you again Freddy for spending some time talking and sharing with our readers. I wish you all the best and continued success.
FO: Thank you so much for the support over the years!!! It's very appreciated!

The Cosmick Voice - podcast
Music, Talk & Nothing But Business
www.thecosmickvoice.com