Interview with Alex Bosson of Lunar


The Cosmick View: Hello, Alex and welcome to The Cosmick View/MBM Ten Pounder! Thanks for taking some time to chat with us!
Alex Bosson: Hello, and thank you for having me!

CV: Describe your definition of the band’s sound and style and how does that definition uniquely describe the music?
AB: I consider us a progressive metal band.  And I think that in itself can be a pretty unique description.  In my opinion, progressive metal can span so many different influences and styles that anyone who is playing in that style needs to be listened to so it’s truly understand what their sound is like.

CV: Today, everyone talks about artist and audience connection. Is such a level of connection actually achievable for an artist and if so, how have you made the connection to your fans?
AB: I actually feel like it’s more achievable these days than it was in the past.  Today you have many bands that are playing smaller clubs for live shows and that gives a good opportunity to interact with fans.  Also, often bands are selling and shipping their own merch which can allow for some personalization for the fans that order things.  Not to mention social media interaction.  I think these are all ways we have connected with fans at some point or another.

CV: Is fan interaction an important part of the band’s inner culture?
AB: I think it’s an important part for any bands’ culture these days.  I think with all these methods that I mentioned before, fans almost expect some interaction, and deserve it!  After all, any band is nothing without their fans and supporters. 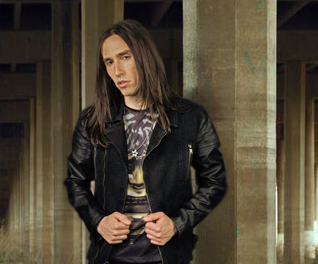 CV: Can a band truly interact with its fans and still maintain a level of personal privacy without crossing the line and giving up their “personal space” in your opinion?
AB: Absolutely.  I’m sure there are plenty of fans who may take that too far, but luckily I haven’t really encountered that yet.  Especially in the metal world I feel like most fans will appreciate the interaction, but also respect the artist’s privacy.

CV: Is music, and its value, viewed differently around the world in your opinion?  If so, what do you see as the biggest difference in such multiple views among various cultures?
AB: I don’t have a ton of first-hand knowledge on this I think, so take what I say with a grain of salt, but based on a lot of the things I’ve read, it certainly seems to be that way.  I think most European countries appreciate and value music and art in general much more than the US does.  Especially rock and metal music!  Much more appreciated over there.  I think there are plenty of other countries that value it more than us, as a lot of America, but not all, really treat arts like a glorified hobby, even if you’re doing it at a professional level. I’ve read that some European countries even have governments that provide paychecks to artists as long as they prove they’re putting out art because they appreciate that culture and want to encourage it.  I’m not sure if that’s true or what countries do it…I think I read it was Finland and Sweden, but I may be wrong, but if it is, that’s wonderful to me!  Those are people who can recognize how important art and music are to humanity and realize how empty life would be without it…so we need to promote and encourage it!  That is SO far from how America treats artists and musicians.

CV: Do you feel that a band that has an international appeal, will tend to connect more so to American audiences? Would they be more enticed or intrigued to see the band over indigenous acts because of the foreign flavor?
AB: I think that often is the case, not always because of the “foreign flavor,” but also the rarity of the opportunity.  I know there have been a few bands in recent years I have gone to see, like Riverside and The Pineapple Thief, that are both European bands and did their first US Tours ever just last year.  Those bands have each been around for like 15-20 years I think and it was both of their first times making it to the US finally in 2019!  So I know, for me personally, those were ones I made sure not to miss because I had the mentality of “who knows if or when they’re ever going to be able to come tour here again!”  But I also think that works both ways.  I think there’s plenty of bands from the US that people want to see in Europe, Australia, South America, Japan, etc.  And either direction I think people take more advantage of the rare chances to see the foreign bands that they get fewer chances to see. 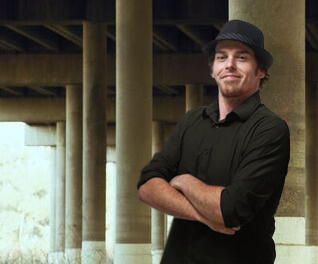 CV: Has modern-day digital technology made everyone an artist on some level in your opinion? Have the actual lines of what really is an artist been blurred?
AB: It has definitely changed things in my opinion.  It’s certainly made it more accessible for anyone to create and upload their own content and be a self-proclaimed artist.  However, I don’t think the lines have really been blurred in terms of fan base.  The modern era of music has made it so that there’s so much content out there that there’s a lot more to discover.  And yes, some of it may be ridiculous, but the content that reaches people who like it is going to get shared around and they’ll tell their friends about their new discovery.  Same as it’s always been, but just with a much wider reach.

CV: How would you describe the difference between an artist who follows trends and one who sets them?
AB: I don’t think either of those are important things to focus on.  It’s more important to do what you like and be true to your own art.  But, to answer your question; I think, often times, the people who will stay true to their heart with their material are the trend-setters because they’re usually doing something new and unique.  But every one of those existing trends was a brand new, unique idea at one point. Hence why I say it’s not important if you’re following trends or setting trends.  Do what you like and make the art you want to make no matter what. 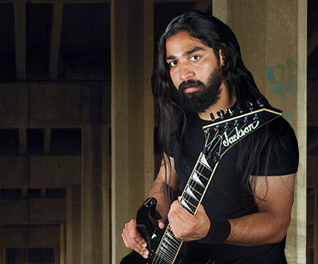 CV: What can fans except to see coming next from you?
AB: Our most recent album “Eidolon,” which is currently available on CD, digital and cassett,. is going to be released very soon on a limited edition hand-numbered vinyl!  Only 100 being made, so that’s pretty exciting.  That will be available sometime before the end of 2020.  And aside from that, we are hard at work on album #3 right now.  It’s fairly early in the process, so I don’t have much to divulge yet.  I can confidently say I think it’s going to be the best Lunar album yet!  There are going to be some amazing guest appearances by some well known members of the metal world that I’m excited to work with.  And Balmore and Ryan played a bigger role in helping me write this one, so I think it showcases some more diversity and I think people are really going to love it!  Make sure to follow all the social media pages for updates on album #3 and the “Eidolon” vinyl release.