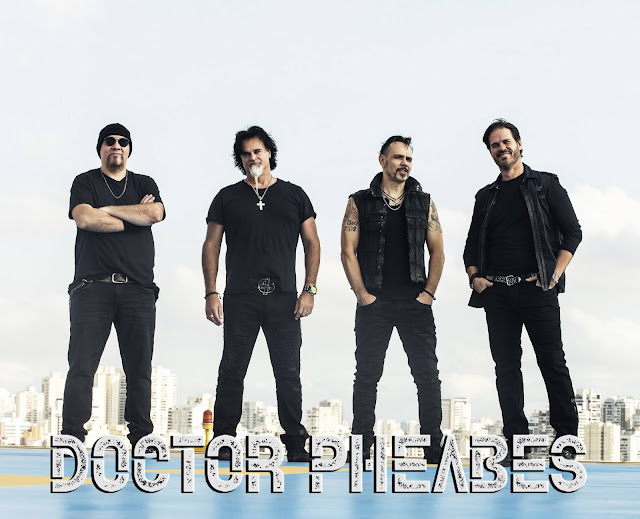 CV: With Dr. Pheabes hailing from Brazil, does having an international flare offer the band and American audiences something intriguing that draws them to the music…possibly giving the band an edge over its US counterparts?
FP: Actually, the U.S. is the house of Rock and Roll, especially Hard Rock. I guess that what would draw Americans and also Brazilians to our music…it is the special way Doctor Pheabes interprets the sound of Hard Rock which makes it pretty close to Classic Rock being a Brazilian band.

CV: Music is universal but some areas of the world seem to embrace it much more intensely than others. Is Rock and Metal looked at differently from both a band's and a fan's perspective in Brazil as compared to other areas of the world based on your experience?
FP: In Brazil, most rock bands are Death and Heavy Metal. There aren´t many Hard Rock bands around here. It’s kind of difficult for people in Brazil to understand Hard Rock, but we are starting to see some movement towards different kinds of music. Doctor Pheabes is a Hard Rock band with some Heavy Metal influence. Hard Rock is more popular and open and brings us closer to Classic Rock. 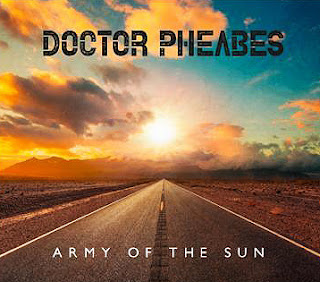 CV: Dr. Pheabes' latest album, "Army of the Sun," seems to be specifically targeted for US radio. Was this by design or something that organically took shape during the writing process?
FP: Our producer was Kato Khandwala and he had a very specific vision of the American market, of Hard Rock bands and also of the kind of sound we make. The songs were written with Kato’s and Bruno Agra’s production…who both live in Los Angeles, so naturally we got much closer to an American sound.

CV: "Army of the Sun" delivers fans a no nonsense, heavy back beat edge that engages the listener and consistently drives the music on. If you were to describe the album in one word, what word would it be and why?
FP: Power. Because the sound is not heavy, it is strong. There is a lot of power in the songs and lyrics.

CV: The new album's release was also bittersweet for Dr. Pheabes because of last year's unfortunate passing of producer Kato Khandwala.  What was it like for the band working directly with Kato?
FP: Kato was a fantastic person, and certainly one of the best people we have worked with in a studio. We learned a lot from him. His knowledge of the music industry was stunning, but what really impressed us was his philosophy of life. He used to tell us to focus on the present and not to worry too much about the future…to value time because it’s the only thing money can’t buy… and to enjoy life to the fullest with friends, family and the ones you love. 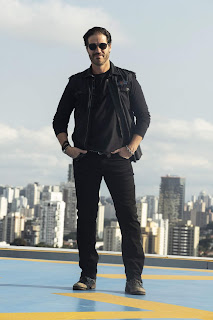 CV: How would you describe Kato's, along with co-producer Bruno Agra's, contribution to "Army of the Sun"? Did their involvement stay true to the band's initial vision or did the duo change the scope of the record taking it somewhere you didn't expect it to go? What level of impact did they have on the making of the album?
FP: They had a strong impact on the making of the album because everything was new for us. I have to tell you that we had never worked with such competent and professional guys like them, and to top it off, extraordinary human beings. The first time we met, we knew immediately that they could be trusted and we were right. The way they managed the team and the band was really impressive. I can say we became friends after all and that’s really important in a business relationship. I think “Army of the Sun” is not Doctor Pheabes’ album;  it’s Kato’s and Bruno’s album because they changed everything about the band…putting us on the right path, and as a result, we now have such a beautiful and powerful album with melodies and lyrics that show exactly how we feel.

CV: What do you hope fans will take away from "Army of the Sun" after listening to it? Is there a message you want conveyed?
FP: Yes, especially from the song “Army of the Sun”. The band is our family. Two pairs of brothers that have been together for a longtime. The message we want convey is that together we can build everything. The melody and lyrics are powerful and really make us feel strong. It reflects what we think and feel…like a team. We work together. We are strong together.

CV: So much has been said over the last several years about bands finding it increasingly difficult to build a fan base and to earn a living making music. Is Dr. Pheabes' experiencing a similar situation or has the journey for the band been entirely different from your point of view? Can a band earn a living with their music?
FP: It’s true. Earning a living in Brazil playing Rock and Roll is difficult. All members of the band have another occupation and that’s important to support our dream and journey. It’s not easy to play Rock in Brazil. We think we can be better understood in the States and that’s why we want to experience playing in another country and to show our music abroad. Brazil is not much of a Rock and Roll country. We listen to Rock but it’s not our culture. We believe we have better chances to succeed showing our band worldwide.

CV: Has social media been a valuable asset for the band as it increases its music reach?
FP: For sure. Nowadays social media is one of the most important marketing tools, but it’s difficult to find a way to reach more fans using this new media.

CV: Do you feel the access of online streaming and downloading, legally and illegally, have damaged the music industry, taking away the want, desire and need to purchase physical albums...or it has it opened up worldwide doors, leveling the playing field for all artists?
FP: It’s difficult to manage a band the way it used to be done in the past. Now there is a lot of competition in the market which is good for the music industry, but not so good for artists who don’t make money selling records anymore. They make it selling concert tickets. On the other hand, now artists have the tools to make their music go anywhere in the world even if they don’t have a record label. You have to reinvent yourself and understand how the market works in this new model.


CV: Will Dr. Pheabes look to tour the States any time in 2020?
FP: Yes. We’ve been working on setting up a new tour in the States in 2020. We don’t have anything scheduled yet, but we are looking forward to it.

CV: What's next for Dr. Pheabes?
FP: Play a lot in the States in bars and anywhere else music can reach. We are the kind of band that enjoys being close to the audience. We like to play in small places where we can strongly feel the exchange of energy between the audience and the band, but we are also prepared for bigger stages because that’s what we’ve been doing in Brazil.

CV: Thank you again Fernando for spending some time talking and sharing with our readers. It has been a pleasure. I wish you all the best and continued success.
FP: Thank you!