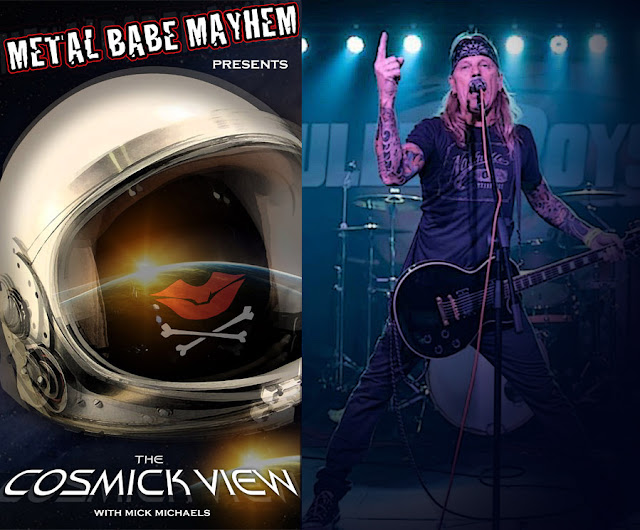 COSMICK VIEW: Hello, Steve! Welcome to The Cosmick View. Thank you for taking some time out of your day to chat with me, it’s greatly appreciated.
Steve Todd Barnett: We are humbled and it’s a privilege. Thank you.

CV: What makes a Rock band like Pump5 tick...that one thing that keeps you swinging for the fences?
STB: It all starts and ends with the song. Without the song, nothing else matters.

CV: How would you describe Pump5's latest album "Full Service" to someone who has not yet heard the band's music?
STB: It’s a collection of really good songs with a few standouts. Of course, I think there’s something for everyone on this record. Although it falls in the Rock category, I think anyone who is a fan of music would enjoy this record. 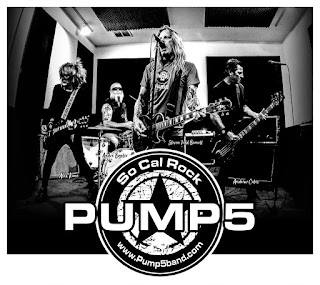 CV: Steve, many artists feel that online platforms like Spotify deter fans from purchasing albums. Do you see this as a valid concern, especially when it can detract from merch sales, affecting a band's overall bottom line?
STB: Absolutely. Video killed the radio star and the internet killed the rockstar. It’s now an all-out person-to-person war. Going on the road is the only way an up-and-coming or working band can survive—merch and touring.

CV: It's also not uncommon to see posts from fans, booking agents and even venues about their belief that artists and bands should be happy that they had people to perform in front of or even were given a place to play...this, of course, is referring to their lack of understanding as to why an artist or band would expect to be compensated for their time and craft. Why do you think there are those who may feel that musicians don't need to be compensated for their work and what they do? Where is the disconnect coming from and how has such a pattern prevailed, as it seems to be the growing norm nationwide?
STB: If you look at the history of being a musician, it’s always been a pauper’s trade. For only a handful of years between Elvis and Nirvana was music a really super-profitable industry to be in for musicians. Now it’s simply returning back. Why do people think they should get the creative struggles of an artist’s life’s songs for free? That one I don’t have an answer for. It just seems to be the trend. I, personally, think the explosion of tribute and cover bands that make more money than original bands is setting a bad example for up-and-coming musicians. 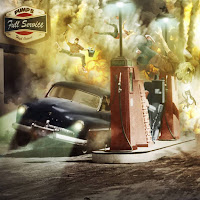 CV: Clearly, being an artist is no different than any other career. Most individuals would not go to their current job and not expect to be compensated for their time and performance...so why would an artist be any different? Steve, what do you think bands can do to assist in changing this type of mindset?
STB: I’m not sure there is one answer for that question. All I know is we must continue to write and create new music, and do it for the love of it. For most of us, it’s a way of life.

CV: Pump5's latest video is for the track "Painted Flowers." The video is brilliantly popping with color. In your opinion, are videos still as vital to a band's public image as they once were back in the heyday of MTV?
STB: I think videos go hand-in-hand with good songs. Of course the video has to be as good as the song, or better, so it doesn’t take a step back. In other words, always try to make it 10% better. If you do that 10 times, you just made your song 100% better than it was when you started. 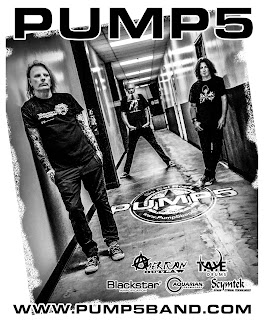 CV: Gene Simmons was once quoted saying "This is show business, so show your business." Is this the basic model today for a band to build their brand with an audience...an all or nothing type approach and let it all hang out?
STB: Well, being original is everything; standing for what you believe in and sticking to your true music. But he’s being honest; be truthful and transparent, and in turn, you’ll get a loyal and faithful audience.

CV: Critics claim that music today is nothing more than a passing trend of one hit semi-wonders...here one minute, gone the next...no substance or staying power. Has the artist’s effort to build a brand detracted from its core purpose of creating good music?
STB: The core purpose is actually writing songs and having fun! If you don’t do those two things you might as well just go to the gas station and ask if you can have your job back.

CV: Pump5 maintains a regular blog titled "Road Stories." As the title alludes, the blog details the band's traveling musical adventures. Is it more than just a way to document events? Do you see this sort of social media avenue as a way to add a personal touch to keeping connected with the fans?
STB: Yes, absolutely. Being connected, being personable and being accessible are all vital for a strong fan base. We are actually on the road right now and I’m getting ready to compose a new entry for Road Stories! 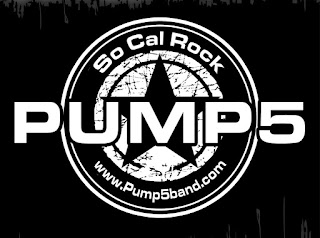 CV: Steve, with the band's Southern Californian roots, does Pump5's music embody what it is to be from the Golden State? Is there a specific Californian Rock sound?
STB: It’s a hybrid: Leavenworth, Kansas meets Southern California. Bands that came up at the same time, like Lit, Blink 182 and Face to Face all attribute to the SoCal sound.

CV: What's next for Pump5?
STB: The sky is the limit! We have a plan for world domination! The relationship between HighVol Music and Pump5 will take us to the masses! Our next record is already in the works. No moss grows on a rolling stone, or a moving rock band! LOL!

CV: Thank you again Steve for spending some time talking and sharing with our readers. I wish you all the best and continued success.
STB: Thank you very much. We appreciate all the support! Much love! Cheers!

Check out Steve and Pump5 at:
Official: http://pump5band.com/
Facebook: https://www.facebook.com/pump5/ 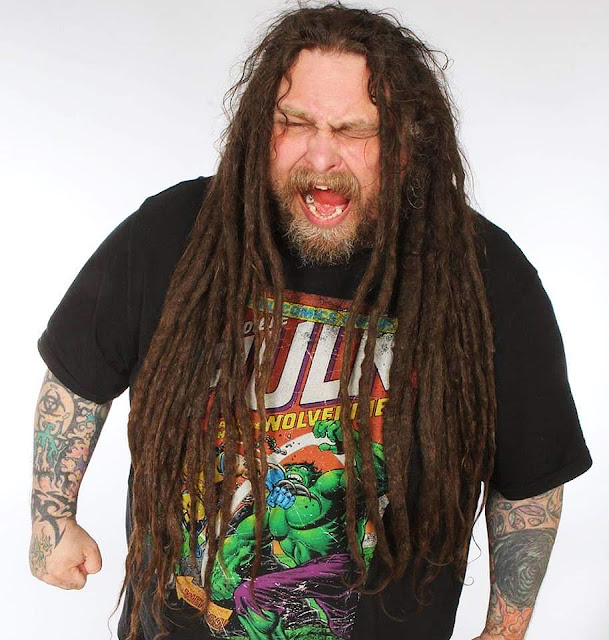