Interview with the Members of New York-based Defining 13 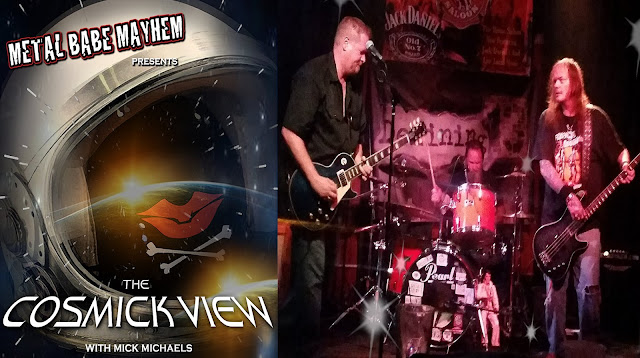 COSMICK VIEW: Hello Kevin, Don and Pat! Welcome to The Cosmick View. Thank you for taking some time out of your day to chat with me, it is greatly appreciated.

CV: Kevin, every band has its own unique way of songwriting. How about you guys? Does the band write as a collective unit or is it more of a singular process for Defining 13? 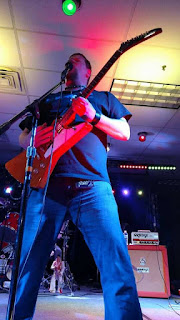 Kevin Little: We all write together as a three piece, I have lyrics and Don has lyrics so it all fits together.

CV: Don, being a single guitar player in a band offers a lot of room for embellishments. Do you find that because of this, Defining 13’s songs are primarily guitar-base driven? Or do you see the song arrangements giving equal share to each member?
Don Hinshaw: I do see our music as guitar riff driven, however the whole band make the songs what they are. There have been many times I would bring a riff or idea to Kevin and Pat with an idea of how I think it should go, but when we start working things out in practice, Pat and Kevin’s ideas may be different just based on what they may play. Our song “Stoned and Blind” I came in with an idea, and immediately Pats drumming changed how the song was going to go, add to it Kevin’s bass line, it changed everything. Now that song is one of our most popular tunes live! So the dynamic from each of us enhances the entire song.

CV: Pat, by definition, drummers control the timing and overall pace of the song. But in Defining 13’s case, your role seems to go much further than that…your solid back beat tends to layout the groove groundwork.  Do you see this as a calculated approach to playing or something that tends to happen more naturally based on your style?
Pat Nadge: First thank you for the compliment. It is something that happens naturally for the most part. I am a very in the pocket, groove type drummer. I try to play more or less as I hear how the riff progresses. 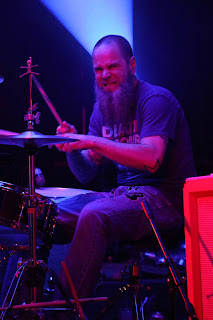 CV: The band's sound is definitely a layered texture of styles and influences...Metal, Blues and even a hint of Southern Rock in my opinion. How would you describe your sound?
KL: We all have influences and they all match perfectly and that is what makes our style!

CV: Is this particular mixture of musical styles something that was planned or was it more of an organic process grown from each individual member's background and involvement?
KL: We jammed one day and kept it going and it evolved.

CV: Don, what do you feel is the common thread of musical similarity among the members of Defining 13 that has provided such a cohesive working environment?
DH: We are all love good rock n roll, and a band that puts on a good show. We all agree that we want to take peoples breath away after seeing us live, just like the great bands we grew up with. Another non musical reason we have a good thing going is we get along, Kevin and Pat are my good friends as well as my band mates.

CV: Kevin, being a three piece band, are there any limitations in the band’s ability to achieve the kind of music Defining 13 looks to write?
KL: No… Being a three piece makes us work harder for a fuller sound and I have more freedom as a bass player. 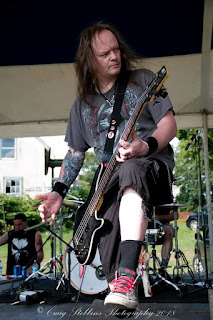 CV: Pat, in an effort then to create a fuller sound, is there a tendency to over-do it with arrangements?
PN: Not really, we keep the arrangements fairly simple but try to throw in some twists to change it up and do things not everyone else does.

CV: Who would you say has been the band's biggest influence musically?
KL: Ourselves...we all have our favorite musical interests that influence the band and make us who we are!

CV: Defining 13 has been together since 2015. Though everyone has known one another since high school, ironically no one had ever played together before 2015's formation.  What lead to the band coming together?
KL: Pat contacted both Don and myself one day. Pat wanted to jam together…we did a few times and here we are now.

CV: Don, after initially hooking up with Pat and Kevin, what was it that made you realize things were clicking?
DH: When we 1st got together the songs came together quickly, everyone came up with great ideas and we worked through them until we got them right. The most interesting point is we briefly had a 2nd guitarist that wasn’t quite clicking, and we did a gig in Elmira, NY as a 3 piece and realized that was who we are, that early show was full of energy and we played harder than we did as a 4 piece, so here we are!

CV: Kevin, how's the new CD coming along? What can fans expect from the new material?
KL: We will have a new CD soon… we are in the midst of recording it, slightly heavier, and Bluesier, and more detailed.

CV: Don, when recording as a single guitarist, how much track layering do you do? Or is it something you don’t do?
DH: For our 1st EP, I recorded 1 track, leads included. When I record in my home studio I do layer, usually 3 tracks (hard left, hard right and one down the middle). This time around in the studio, I may double it; it will depend on how it sounds. I don’t want to take away from what we sound like live. So there may be a small amount of embellishing! 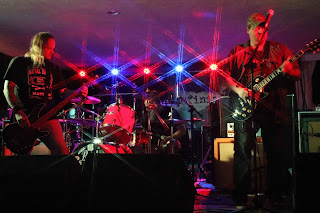 CV: When can fans expect its release?
KL: Soon.

CV: What has been your experience with promoting Defining 13 and its music via the web and its vast listening outlets?
KL: Social Media has helped us a lot we have gained a lot of fans internationally, and we hope to keep that going.

CV: Do you think the internet and social media platforms have had the opposite effect and have now forced bands to become lost in the proverbial shuffle of an already over saturated music market?
KL: No not for us it has not been like that.

CV: Pat, does having a strong internet/social media presence ensure bands will have a share of the market or does it still come down to having good music?
PN: I don’t believe it ensures that but it does help for sure. We try to have a strong presence to keep our fans interested. We love keeping that relationship open. 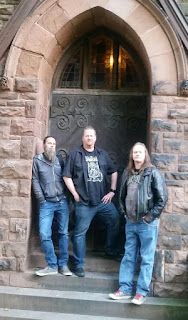 CV: How is Defining 13 keeping their musical brand in the public eye and not overlooked by music fans?
KL: Word of mouth.

CV: Do you see full length albums as a necessity in today's market or are digital singles and EPs more relevant to the times?
KL: Singles are the way to go because of the digital market

CV: Are physical releases then, like CDs and vinyl records, even an economical value for bands still to venture into given the massive amount of digital downloads taking place per year?
KL: No...

CV: Pat, are music videos still relevant to a band’s public portfolio?
PN: I think so. They are definitely a good tool to have. We only have one official video release and are working on another. There are some good bootleg video out there too. That’s great to see.

CV: What's coming up next for Defining 13?
KL: A new EP within the next few months and a west coast tour around Sept/Oct of 2019 MBM Music LLC promoting

CV: Thank you again fellas for spending some time talking and sharing with our readers. I wish you all the best and continued success with all the band’s future projects 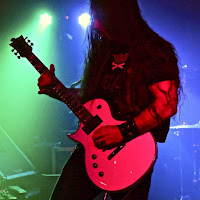 Want to see your logo or ad here? Contact The Cosmic View for details.