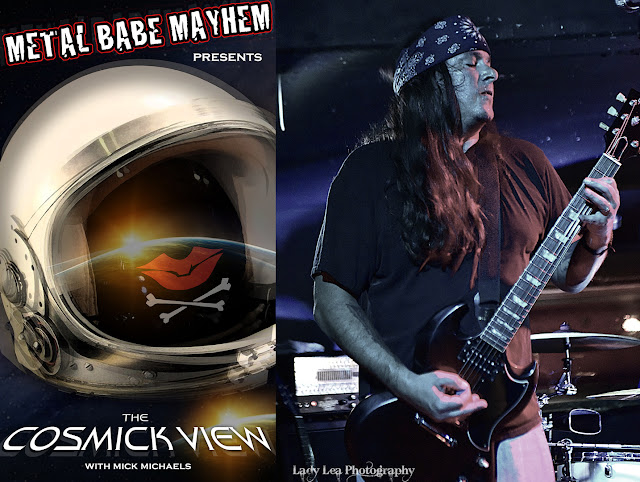 COSMICK VIEW: Hello, Grant! Welcome to The Cosmick View. Thank you for taking some time out of your day to chat with me, it is greatly appreciated.
Grant Masson: Thanks so much for inviting me, I’m glad to be here!

CV: In 2010 you, along with drummer Tom Oz, decided to leave the band Hallowed Engine and begin a new direction with your sound and songwriting. What was it you wanted to do musically that Hallowed Engine wasn't offering you?
GM: It wasn’t so much that we decided to leave the band. Tensions began growing, and I think Tom was asked to leave. We had been writing most of the music, so I decided to walk with him. That also might be where our unfortunate luck began. (LAUGHS)

CV: By 2011 the musical core of Cooter Brown was established once original bass player Scott Kessler was brought in.  Since Scott had previously played with a Metal band, did his playing style add to or alter the overall direction shift you originally intended for the new project?
GM: Not at all. In fact, I think Scotti probably adapted more to us. For years, Tom and I’ve played off each other, and more often than not, know where each other is at. Scotti was able to see what we were doing musically, and immediately bring his own style and adapt it to the music we were playing. 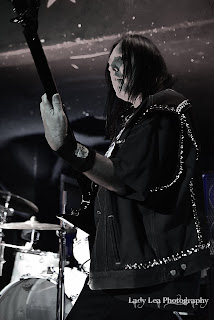 CV: Things for Cooter Brown were starting to move along nicely until 2015, when Scott was unfortunately involved in an accident, forcing him to step down as the bass player. What effect did that have on the band?
GM: It was a really crappy moment. Scotti’s accident happened in late October, I think I still have a recording from that practice. By January of the next year, ironically this same time of year around NAMM, he informed us he would no longer be able to continue. We had a couple of gigs already booked, so we had to scramble for a replacement.

CV: Scott's departure was a short one thankfully. However, it meant that a replacement was, without a doubt, necessary.  How did you come about connecting with bassist Brian Roach in 2016 to fill the void until Scott’s return?
CB: I knew Brian from my wife Alison “Metal Babe” Cohen, and a friend of ours, Rob Chevelle from “LIT SOUL.” Rob recommended Brian, and he came down to our rehearsal space, and we just started jamming. Before you knew it, we were playing gigs again. 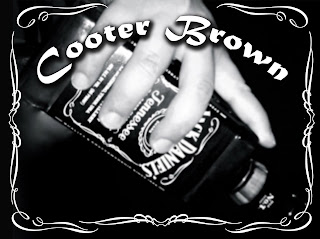 CV: Personally, I know all too well the challenges of finding the right singer...trying to find that perfect fit. Originally, Michael Steven Robles held the position. However, about a year ago that changed when new singer Robert Cruz became Cooter Brown’s new lead vocalist. How did that process of finding a new singer go for the band? And what lead you to decide that Robert was the one?
GM: It’s funny how these things worked out. Michael had to go back to his home in San Antonio and take care of some family matters, so we were in an odd place. Tom and I kept playing though. 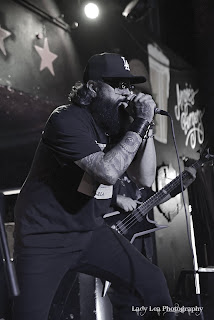 I met Robert Cruz on this road trip to Fresno to see our friends’ bands Stonebreed and Venrez. We just hit it off, laughing the whole way. That night when we got back in town, he played us the masters for his band RYATT and they were bad ass! He had this killer strong voice.

Then a few months later we were at one of RYATT’s gigs here in town, and in passing I just asked him if he want to come sing for Cooter Brown. I don’t think it registered at first, but then a few days later he agreed, and I sent him some demos.

CV: Often when a new member is brought into the fold, even for a short time, dynamics change. Did Robert’s vocal style bring about a shift in the music’s sound and delivery to any degree?
GM: You would think so, but not this time. I’m not going say anything disparaging. But I really think we needed someone with Rob’s range. It just fits our sound a little better. 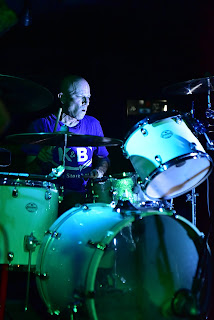 CV: Cooter Brown's style carries a solid, heavy back beat, driving the song's flow and energy along. Was this by design or a natural byproduct of Tom's style and intensity as a drummer?
GM: It’s interesting you mention that. Tom knows all of the rock standards but you could say he comes from a punk background. He played with The Sluts during the 80’s touring the likes of Black Flag among others. I began with 70’s Robin Trower, Sabbath, and the like, eventually on to James Brown and Funkadelic. Tom and I met in the middle with our love for the Desert Rock scene that began in the early ‘90s. Tom is one of the greatest time keepers I’ve ever played with, and he definitely knows how to arrange songs!

CV: Your guitar sound has a gritty, raw texture to it, a very primal disposition in the attack. Who are some of the players who have inspired you?
GM: I mentioned Trower, Iommi of course. I’m kind of all over the place… Gilmour, West, and Young, round out my top five.

CV: Do you find the LA music scene very competitive amongst the bands or is it more of a connected, supportive community of like minds?
GM: That’s a hard question to answer, as we haven’t played as many shows as other bands around town. Generally there’s definitely a sense of community among bands.

CV: When can we expect an album release from Cooter Brown?
GM: Hopefully soon. We look forward to record some songs in the very near future, and have something available to the public well before summer.

CV: Why do you think there are those who carry the belief that Rock is dead? Being from the LA music scene, is there any truth in that?
GM: It’s definitely changed with some of the clubs having closed, but there are new ones opening too. I just went and saw a great metal band the other day and it was packed, with young people too. It depends on where you go, but there is definitely and audience for heavy music. 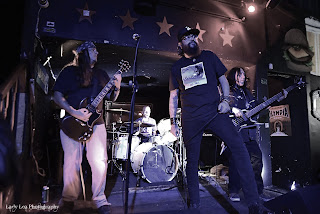 CV: Nowadays, everyone and everything seems to have a mission statement of some kind.  Just for fun, what would your musical mission statement be?
GM: Tom could answer that question better than I can, so I will just say “Fruit Basket.” (LAUGHS)

CV: If you had to describe Cooter Brown, using only one band as a comparison, which band would it be?
GM: That’s impossible. Tom has the amazing ability to unearth new music, and there’s so much of it out there. It’s just a matter of people finding it!

CV: What can we expect to see from Cooter Brown in 2019?
GM: Like I said we look forward to having some material out there with this current line up that really represents Cooter Brown, and hopefully more shows


CV: Thank you again Grant for spending some time talking and sharing with our readers. I wish you all the best and continued success.
Check out Cooter Brown at:
MBM Music LLC: https://www.mbmmusicllc.com/the-mbm-musician-network/cooter-brown
Facebook: https://www.facebook.com/CooterFknBrown/
Reverbnation: https://www.reverbnation.com/cooterbrown

What to see your logo here? Contact The Cosmick View for advertising rates.