Kiss: Music from "The Elder" review 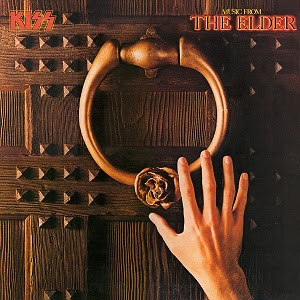 Kiss: Music from “The Elder” – 36 years later
by Mick Michaels


At heart, I have always been a fan of Kiss. Since hearing my older brother blast the first three albums, to getting “Detroit Rock City” on a plastic-coated piece of cardboard from the back of a cereal box as a little kid in the 70’s, and now as an adult collecting figurines and vintage memorabilia, Kiss has always been one of my all time favorite musical groups.

In the 70’s, Kiss was all the rage.  But by the beginning of the new decade... well… not so much. The band had fallen from rock icon to punch line status. Some in part to the band’s softening musically and younger audience growth along with internal feuding and lineup changes, but much in part to their now debatable legendary 1981 release Music from “The Elder.” This was Kiss’ take on the concept album, those made popular at the time by Pink Floyd, The Who and ELO. Kiss wanted to take their shot at critical acclaim and peer acceptance.  Thus, abandoning their original plan to write a heavier, more powerful rock album to rival their former self, Kiss, along with producer Bob Ezrin, embarked on “The Elder.”

Now over 35 years later, we revisit the album, for what it is, in whole and with a modern day perspective. Music has evolved and so has the listener. Obscurity has become the norm and a valid path to success. Did Kiss miss the mark or did the listeners miss the point?

Depending on what version of the album you have, and there are several, tracking listings can vary. For continuity, we will provide the original, intended track order that lays out the story of a boy who is to be the one. But please feel free to play with the track order, everyone else did. 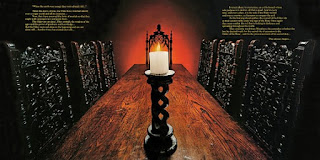 For the sake of time and more importantly, self discovery on the part of the reader, we will forego the conceptual parts of the album’s presentation and focus solely on the music, highlighting several of the songs and their shining, or lack thereof, attributes.

Most notable are “Just a Boy,” “Only You,” “A World Without Heroes,” “The Oath” and the stand out masterpiece of this album, “Under the Rose.” These five songs appear to represent the original direction of the album, as they contain a similar theme in lyric, tone and feel. But they also sit as the core of the album’s conceptual piece (even though we said we weren’t going to mention this part). There is actually a story here for those who care to know. Sure, it’s a bit vague, and some interpretation and imagination may be required by the listener, but it’s there. The “Odyssey,” though with its lyrics of hearing the “call from beyond” and traveling elsewhere to “find’s one destiny”, seems to be more of a Broadway adaptation of an idea that could have provided substantial weight and balance to aforementioned tracks, just seems to be more out of place.  This song could easy be construed as a love lost song, a love never begotten song, or simply, a crazy trip following a "long night at Studio 54" song. This is a well put together, lengthy track; however, it just doesn’t quite fit.

The remaining tracks feel more like filler songs… Hey… all albums have them, and that’s okay. But these square pegs seem to have been made to fit in a round hole by loosely creating some symbolic matching theme in retrospect to the other tracks.  These turned out to be missed opportunities to further enhance the quality of the core song set and strengthen the story line. Unfortunately, this is probably in part to the internal conflict the band was experiencing regarding the disapproval of the album’s sound and direction as well as the apparent band’s lack of meaningful communication at that time. Nevertheless, the songs are part of this particular album’s existence and thus, cannot be completely ignored… unless you choose to skip over them.

All that aside, I personally like the album.  There is something mysterious about it, something dark. It actually demonstrates that Kiss has backbone and a level of creativity that has, sadly, yet to be repeated or even touched upon since. Over time, it has been said that it’s a good album, just not a good Kiss album.  But the truth is, “The Elder” is a Kiss album and it’s actually one of their greatest albums artistically and imaginatively. It just may not have been the best Kiss album at that moment in time.

I recommend checking out Music from “The Elder.” Take a listen and experience it for yourself. If you’ve heard it before “through the realms of time and space, or some enchanted place” take another listen, you may be surprised to find that much like the boy in the story… it is the one. 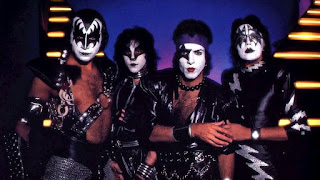 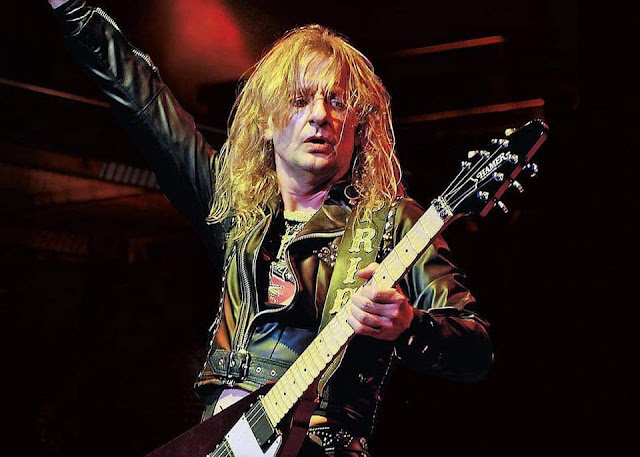 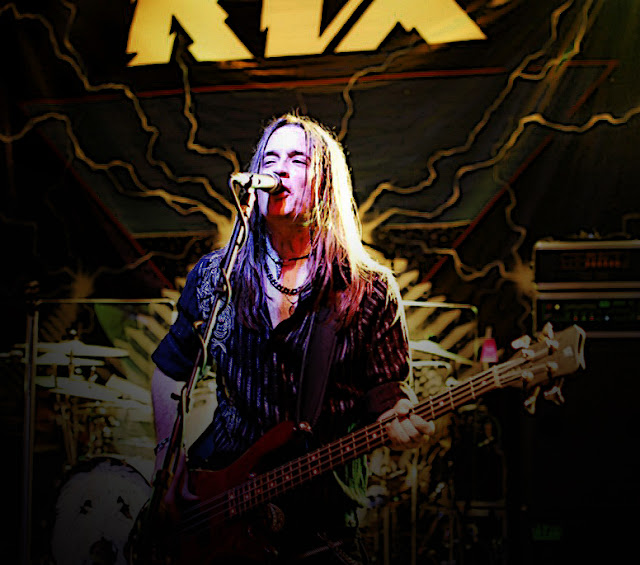 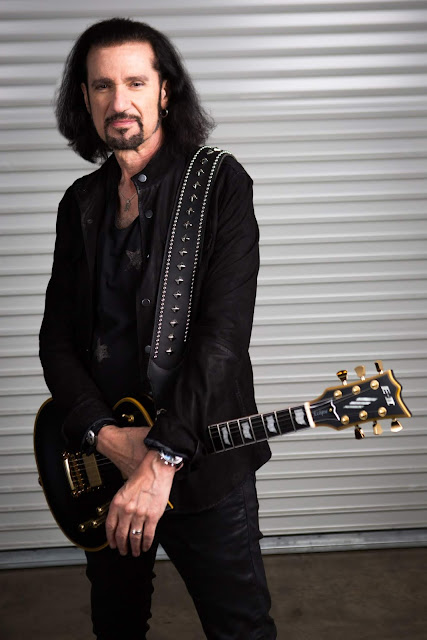 The Cosmick View
My name is Mick Michaels... I'm an artist, music fan, songwriter, producer, dreamer and guitarist for the traditional Heavy Metal band Corners of Sanctuary. Writing has always been a creative outlet for me; what I couldn't say in speech, I was able to do with the written word. Writing has given me a voice and a way for me to create on a multitude of platforms including music and song, articles, independent screenplays, books and now, artist interviews. The Cosmick View is an opportunity to raise the bar and showcase artists in a positive and inspirational light. For me, it's another out-of-this-world adventure. Like The Cosmic View on Facebook at: www.facebook.com/TheCosmickView